Finally was in a position to buy a car I've wanted since I was a young lad, and made the commitment to purchase when the time was kind-of right. This car popped up in a handful of smaller Facebook groups as an EOI, and I made contact with the seller in Melb and got chatting over a few weeks. Long story short, car was chucked on a train and sent across the rock to Perth, and is slowly undergoing transformation back to stock standard, where it is deemed appropriate without throwing pointless cash at it.

Here we have it on the day it arrived home - Nanna approved; she even added her own little seal of approval dent with her walking stick 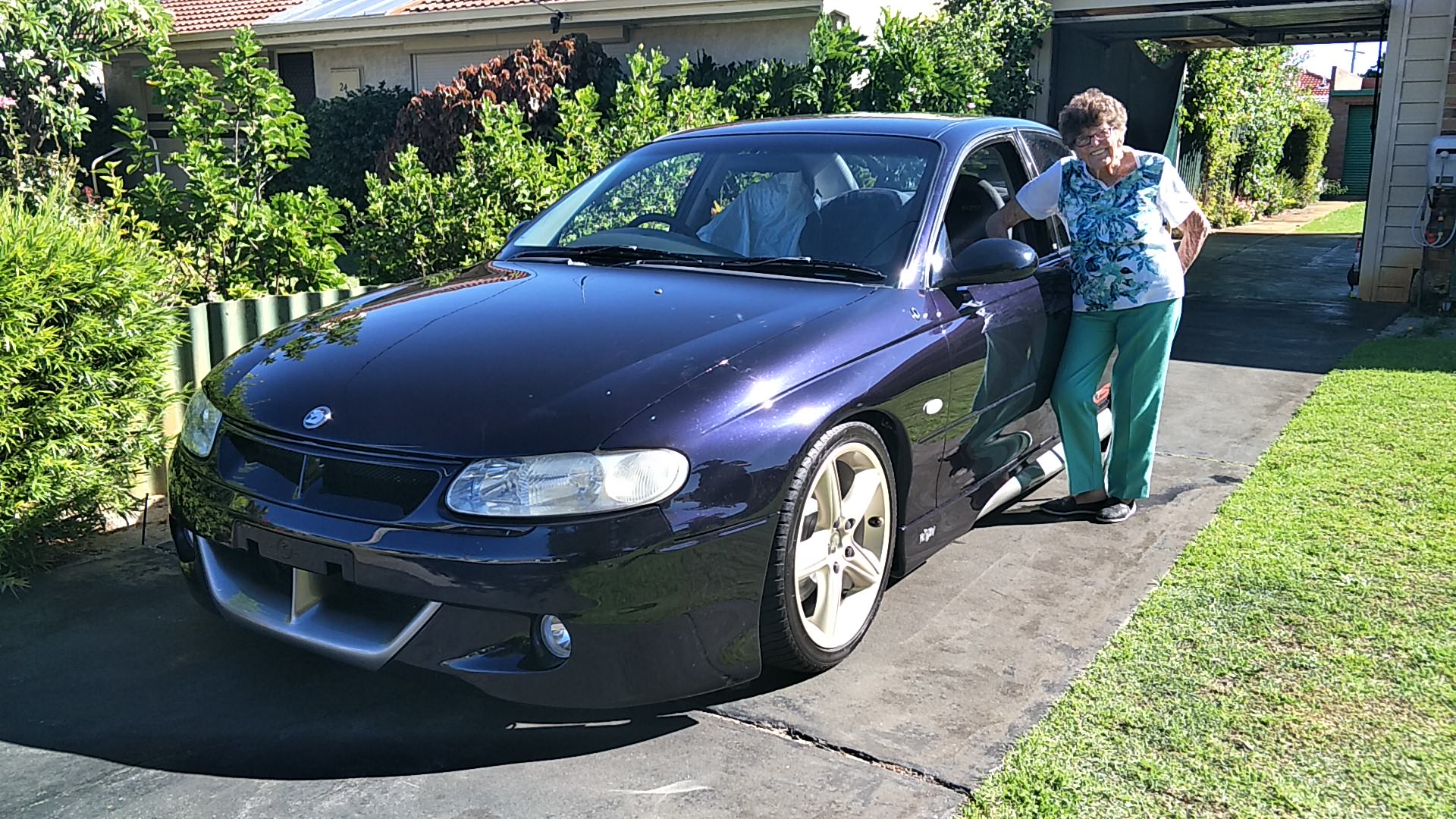 In the back yard after a wash - looks super great in these photos, but it does need a proper detail (you can't see the swirl marks or the cobwebs in the paint) 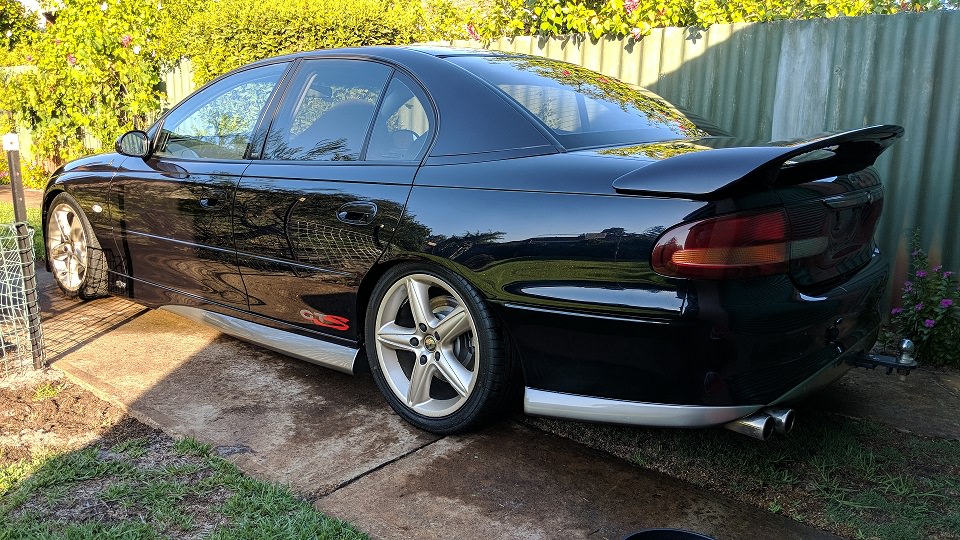 Here on it's first outing to Custom Cars and Coffee on a phoneworthy (movement permit). Fitted the 19s for the day to gauge reactions, think I will go back to the 18s even though I do like the 19s. I have had the image altered to delete the towball, which is definitely going. 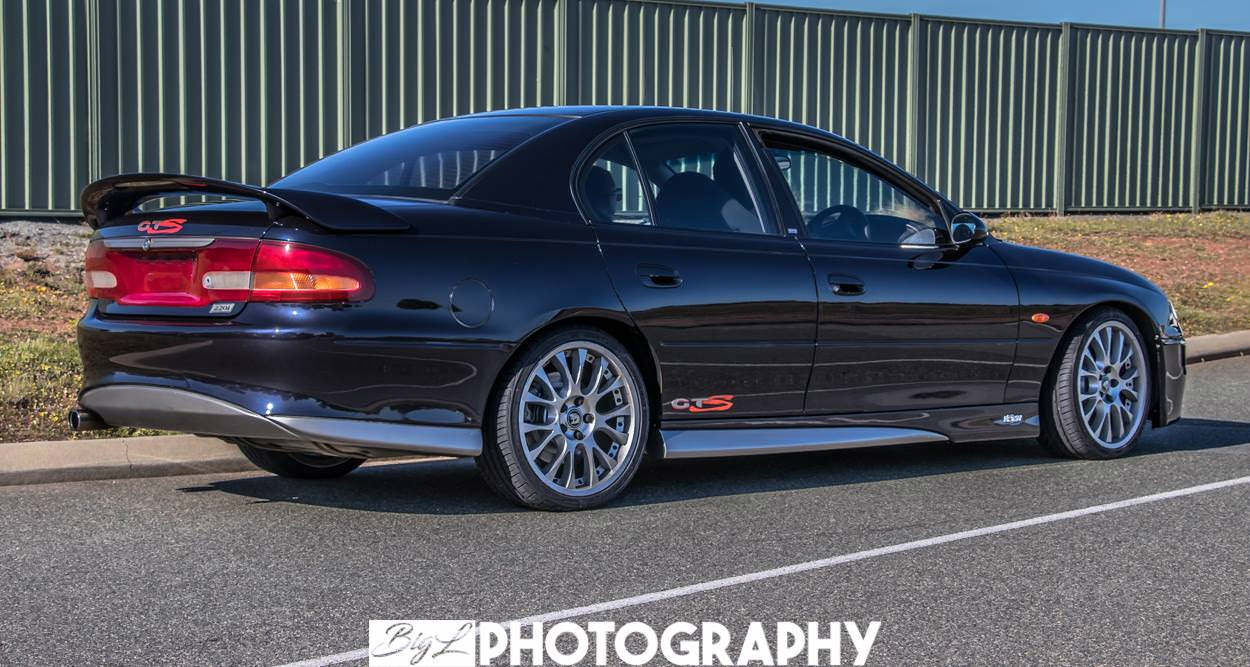 Nice, I remember about 3 or 4 years ago tormenting myself, seeing a gts vt series 1 for sale ( so wanted to buy it ) from a dealer 124000 kms , all options, leather , sunroof , big brakes , just under 17 k ( try and get one for that price now!!).
This or a senator signature vt series 1 = last of the real true Aussie powered commy muscle cars

Bolted the standard wheels back on it the other day, much happier now.

Clutch master cylinder has crapped out, so need to replace that now also... the list of items to do for rego is getting shorter!

Nice car mate. Ive got a Bermuda blue one with all the goodies bar the big brakes. It has cats delete on it, so sounds very nice!

Been a long time between drinks on this thread, figured it was high time for an update.

Motor has been out, nice and fresh now - essentially had a full rebuild except the heads were not removed from the block, bores were not touched, and original piston rings retained as they were still in tip-top condition. Crank was polished, fitted new crank bearings, timing chain kit with guide, every seal and gasket replaced aside from the HGs, new injectors, new dizzy, new coil, rebuilt the ignition module, whole swag of sensors replaced, new engine mounts, all heater hoses and tap replaced, and few other things too. Alternator still needs to be replaced, it works but it is noisy.

New "standard" replacement clutch kit fitted - did not bother with an upgraded clutch, as the rest of the car is stock. I don't plan on beating up on it any time soon, and it'll certainly never see the likes of a race track, so no point really.

In preparation for registration, the following work has also been done:

The rear tyres need to be replaced also, however I need to fit a camber kit in the rear first - there is no point chucking new tyres on the rear if the insides are going to be destroyed! I am tossing up sourcing a late-VZ rear cradle with the toe-link adjusters, as surprisingly even VT1 had mounts on the body for the links to bolt to! If I do change the cradle, I won't bother with a camber kit, as I have no desire to lower the car beyond how it came from HSV.

I managed to source a standard HSV VT cat-back exhaust in great condition which has now been fitted to the car too. Nice and subdued, quiet when I want it to be, and cranky when I give it the jandal.

I have also fitted a VT1 Calais rear garnish, retaining the HSV boomerang on the rear also. Simple mod, just gains the tail lights in the rear bootlid, looks standard when headlights are off.

Not yet done anything else on the exterior of the car, it still needs a proper going over by a professional. I have sourced replacement bumpers which will be painted at some point in the (distant) future. 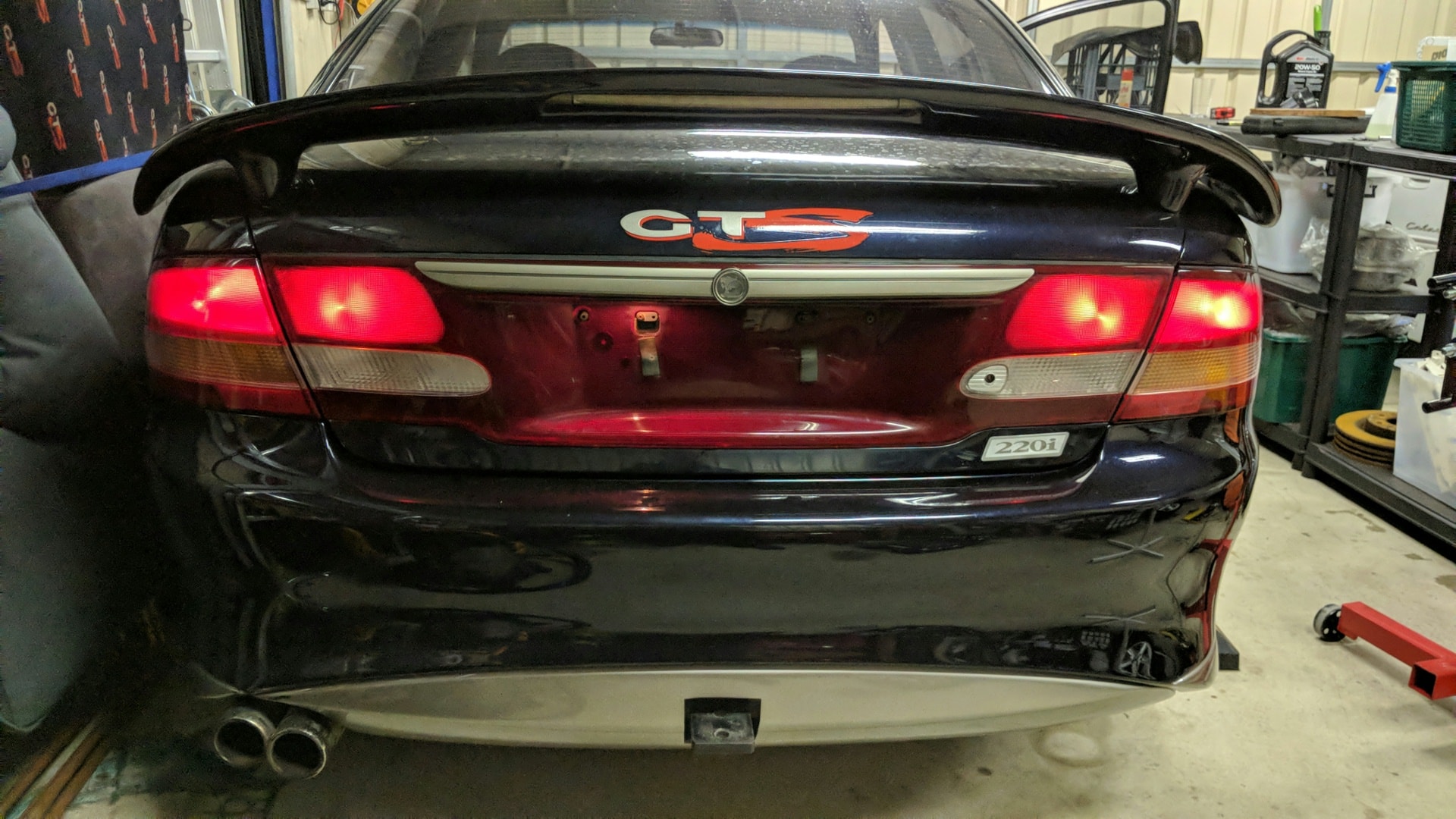 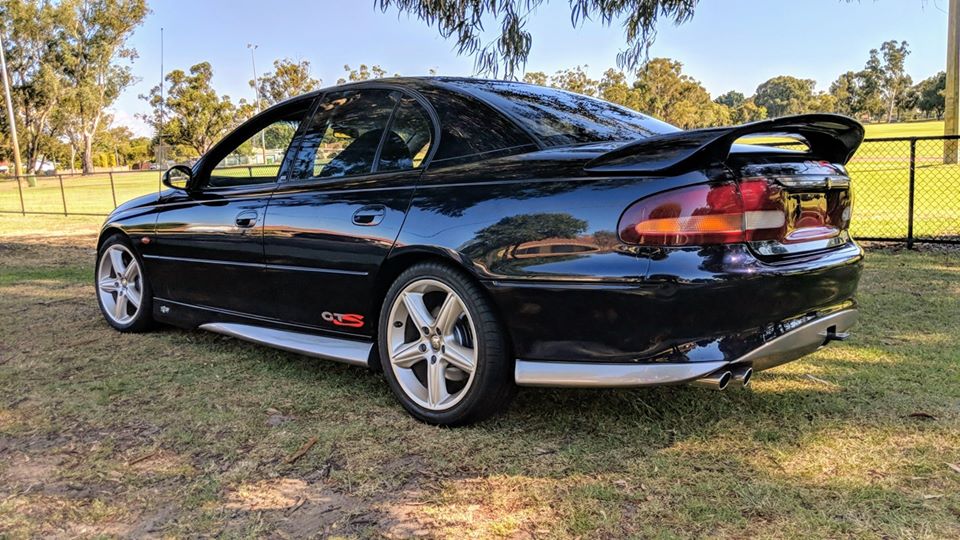 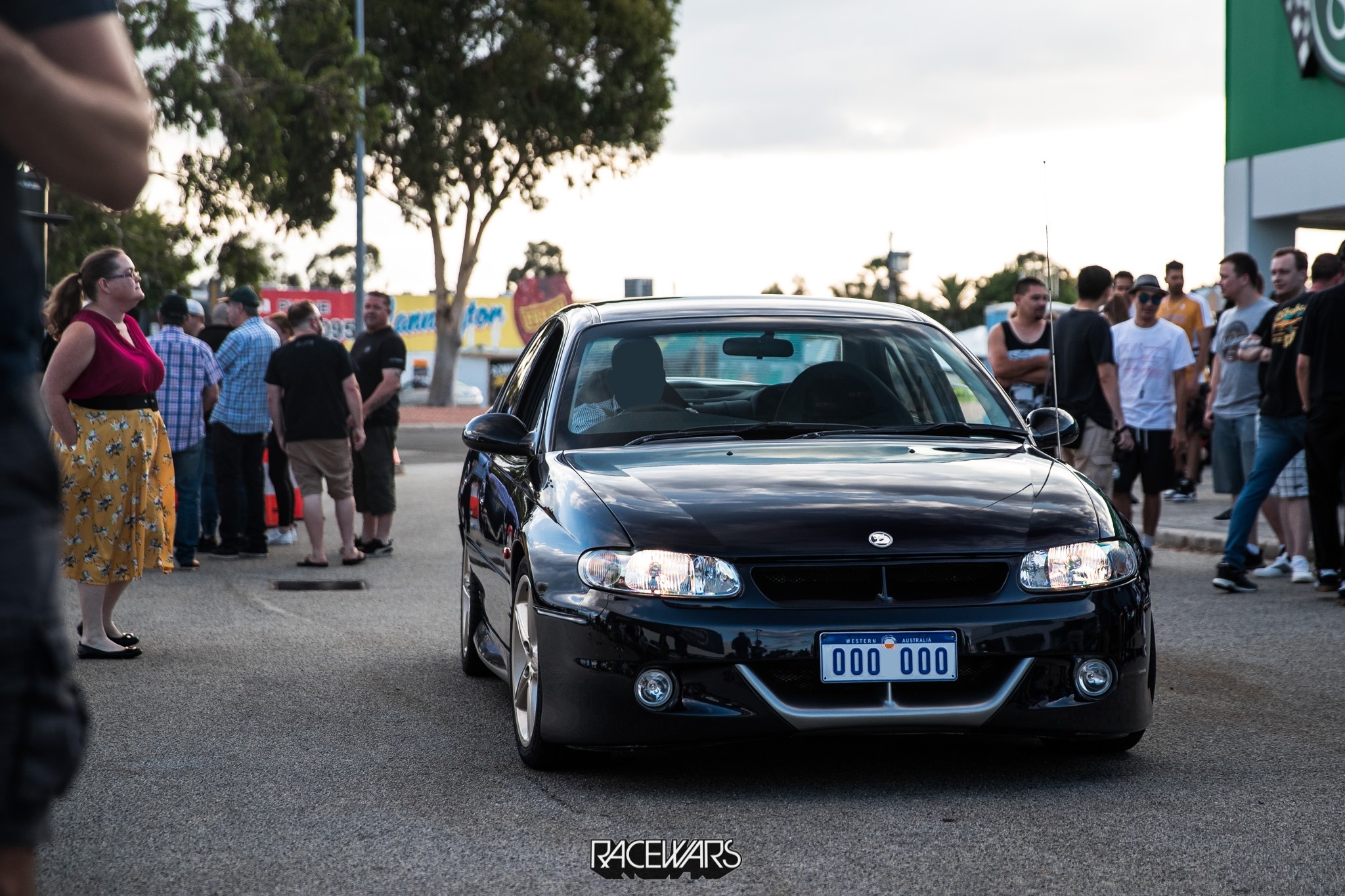 No... well... not yet. Shush you! IF and its a mighty big IF it were to be put up for sale, it won't be until the car is Mickey Mouse with not a cent to be spent on it.

Message me directly if you’re ever interested in selling it. Cheers mate!

Putting a VXs2-VZ cradle in would be a smart move but I'd still get a camber kit installed to the outer bushes so the camber can be improved to take the strain off the inner edges
You must log in or register to reply here.
Share:
Facebook Twitter Reddit Pinterest Tumblr WhatsApp Email Link
Top