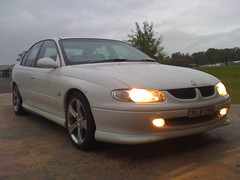 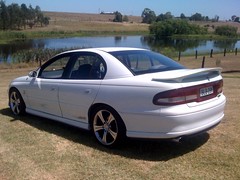 Future Mods: None planned for now just giving the car a very good detailing which is long overdue and now partly done.


Not much to say about this car yet, well actually there is a bit so I will grab a drink and sit back and do some typing.

Purchased on 2 December 2009 and drove it straight to Tyre place and got new rubber on the 17" Genuine Holden alloy rims (gone already wasn't keen on them) The original VT SS rim is still in the boot.
At the same time the tyres were replaced the control arm bushes were replaced, link pin kit, wheel alignment and some lock nuts for the wheels.

At this time I still had my old Ex Cop Car and thought to myself, what can I take off the 9C1 that's worth putting on this SS.

All I wanted were the Wheels, 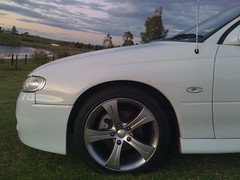 I could have taken plenty of things but I was happy to be jumping into an SS.

Anyway here it is sitting comfortably beside my old 5.0L VT, 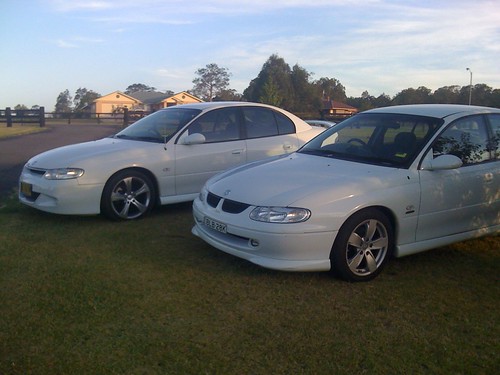 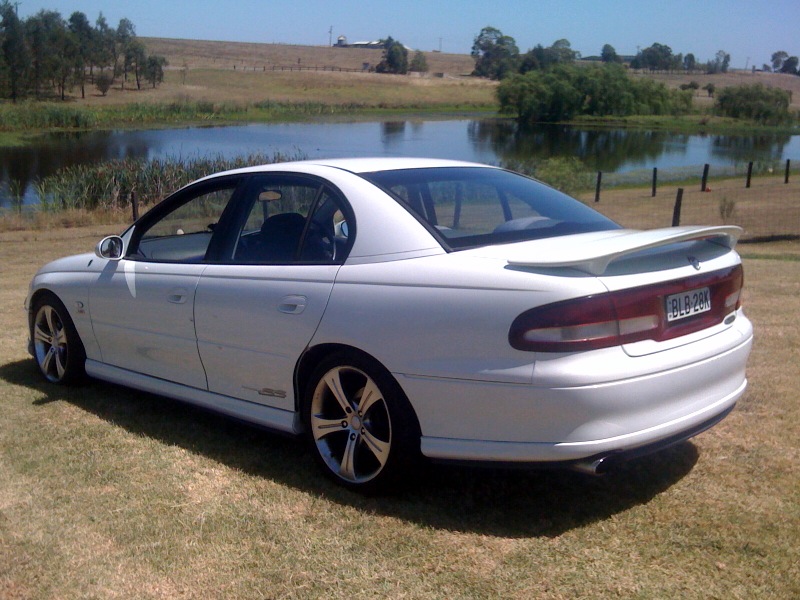 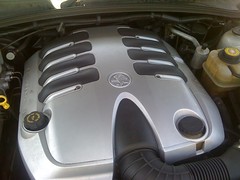 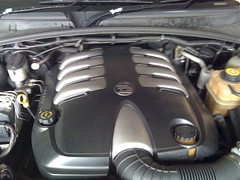 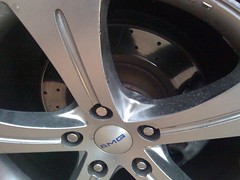 The engine cover is goneski too, well it has retired to the shed.I replaced it with a HSV engine cover.
Good thing I did too because I found a broken hose near the oil pressure switch which I repaired.

After that I went back into the shed and had a look at my growing collection of VT parts.
I had some Drilled and Slotted Disc Rotors So I jacked the car up and replaced the worn, faded standard Discs with some good ones and new pads.

It still had the original CD player in it but when trying to insert the security code it failed so I ripped it out and installed a new Kenwood CD player
using the old wiring harness plus an adapter harness to plug into the Kenwood which took all of three minutes to install.

The bodywork on the car when I purchased it was filthy. I got the buff out and gave the drivers side a buff and polish to remove a heap of stains off the paintwork which looked as though they had been there for a few years.

There is plenty to do to clean this car up, it is not that bad but I have plans to clean it well and make it shine.

I popped the hood and grabbed the waterless car wash out and gave the engine bay a good scrub up. It was like turning a black engine bay into a white one with just a bit of spit and polish. I went through half a roll of chux wipes just cleaning under the bonnet.

I took the side skirts off and cleaned years of road grime off the sills and underbody near the sills, using the waterless car wash was a breeze and then I got the polish out and polished the sill panels before putting the skirts back on. Lucky too because if I had left it, my guess was there would be some rust forming in a year or two along the top of the sill where the side skirt clips in.

It's very clean under there now. No photos but it would take me five minutes to take the skirts off again for some pics.

Next on the agenda is to get this dent popped out on the front guard on the wheel arch towards the front. 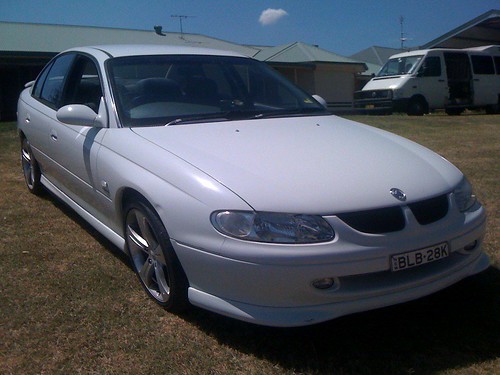 Then I will get hold of some paint so I can get the dagger liner out and do some brush touching.

Nice clean car Leo
How many K's has it got on it,what other plans have you got for it
Ive got an SS similar to your so it will be good to compare notes as the time goes on
l'll be keeping a close eye on this thread............,great work so far
:boxing: Check out my VT 5.7 Lt SS :boxing:​

178000kms I will be keeping this thread pretty up to date. I have had 4 VT's now.
One Executive, One Wagon, One Ex-Chaser and now the SS, with my eye on a Genuine VT Clubsport or with some luck I might find a GTS.
Last edited: Jan 2, 2010
Current Ride = 1999 VT II SS GenIII
Previous Commodores - VT 9C1 Ex-Cop Car, VT Executive Sedan and Wagon, VS Executive Wagon, VP, VH, VC Sedans​
Other Holdens = Jackaroo, Lots of HQ's including GTS Replica, LC Torana, EH Ute​

I been wondering :idea3: what this would look like with a Black VX garnish still leaving the very bottom part of the garnish white and with the black monaro style headlights and tail lights and tint the windows. I don't have photoshop but it would be nice to see it before I go and spend the $$$. Any thoughts on this modification would be welcomed, it's not a plan just a thought

I used MS Paint and gave it a 2 second makeover, 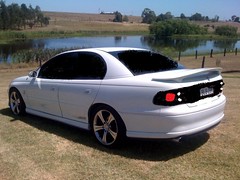 The back end of the VT SII SS looks best the way it is. That's my opinion.

Nice car other than that little idea...

I might still find the parts, put them in the shed and save them for another VT down the track.
Last edited: Jan 2, 2010
Current Ride = 1999 VT II SS GenIII
Previous Commodores - VT 9C1 Ex-Cop Car, VT Executive Sedan and Wagon, VS Executive Wagon, VP, VH, VC Sedans​
Other Holdens = Jackaroo, Lots of HQ's including GTS Replica, LC Torana, EH Ute​

i honestly hate the vt garnish but i hate the monaro ones even more
THE SS​
http://forums.justcommodores.com.au/vt-vx-vu-wh-v2/88599-gr3ga-vtss.html​

I don't really want to mess with the original SS look