Dam, it never ends , but it will be nicer after all that's done.
Those strut top mounts you posted looked just like my ones in my vs maloo , put brand new standard ones in when I did suspension , asked about better ones and he said they'd be fine, 18 months later I changed them ( and I should have done it even earlier too ). Bilstins and lower suspension = next weakest link. Ended up going with the pedders version , 10 months on still going alright so hopefully all good.

Just thought I'd give an update. SV8 has been unregistered for the last 3 months because of the lifters, bought a sh.tbox G202 Charade as a daily to get me by.
This is the way I've done the electric power steering pump conversion so far, mostly following a how to on this forum

Here is a picture of the pumps from the Holden Astra TS (left) and AH (right), you can see why people use the AH one. 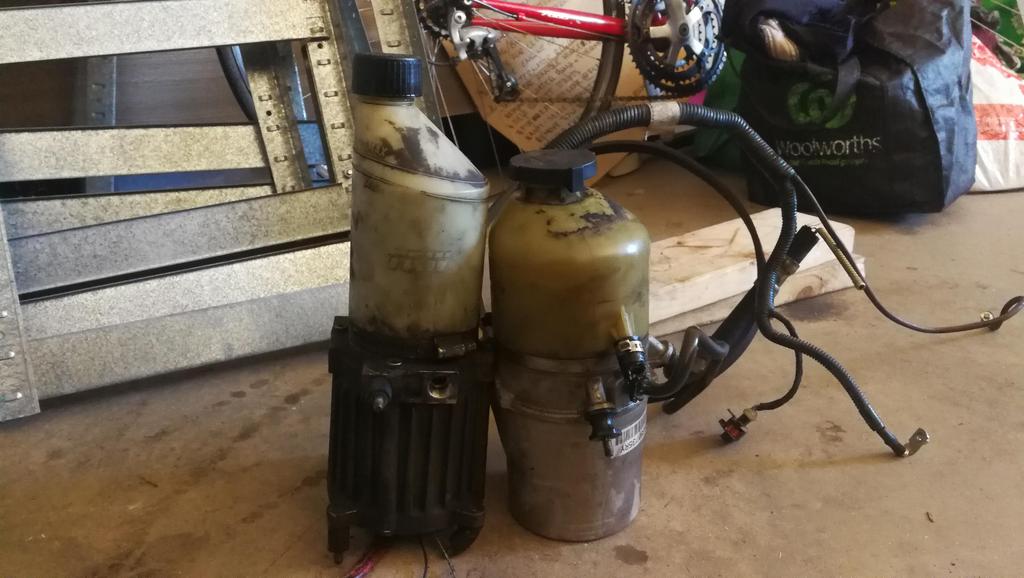 The following fittings and hose are what I used: 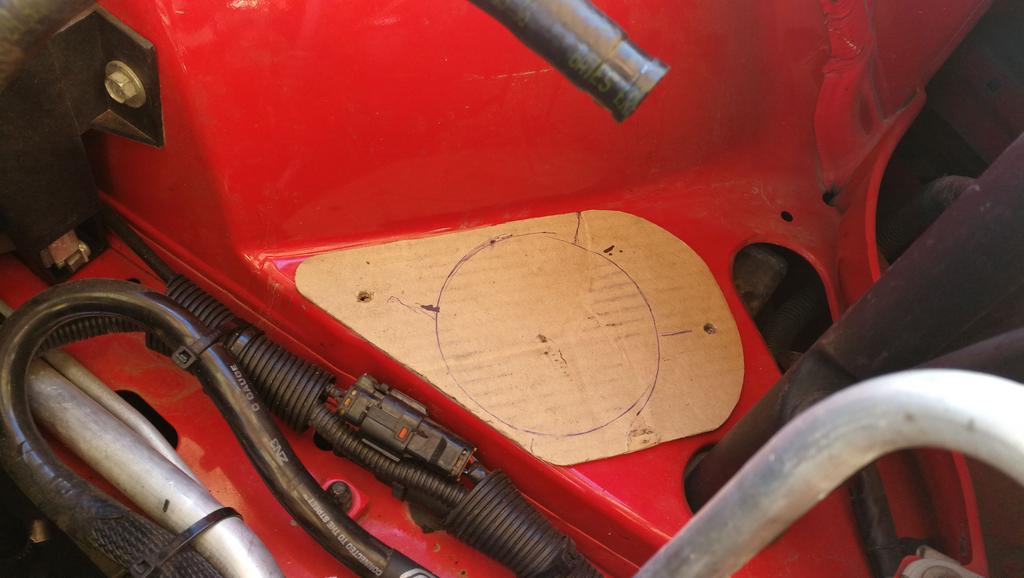 Make sure you're happy with the placement and make some reference points on both the CAD template and pump, all I done was align one of the mounting points with the hole where the factory air box bolts to. 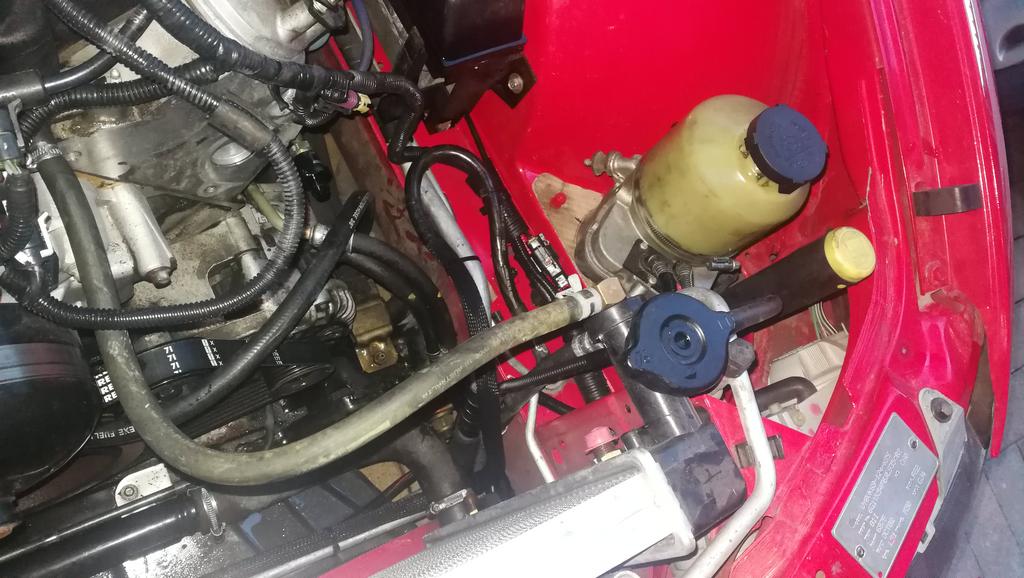 Make it out of aluminum, I used 3mm for the base and 2mm for the ring we rolled, 3 stitch welds and it is solid. The brackets were added after this picture was taken but I never took a picture. 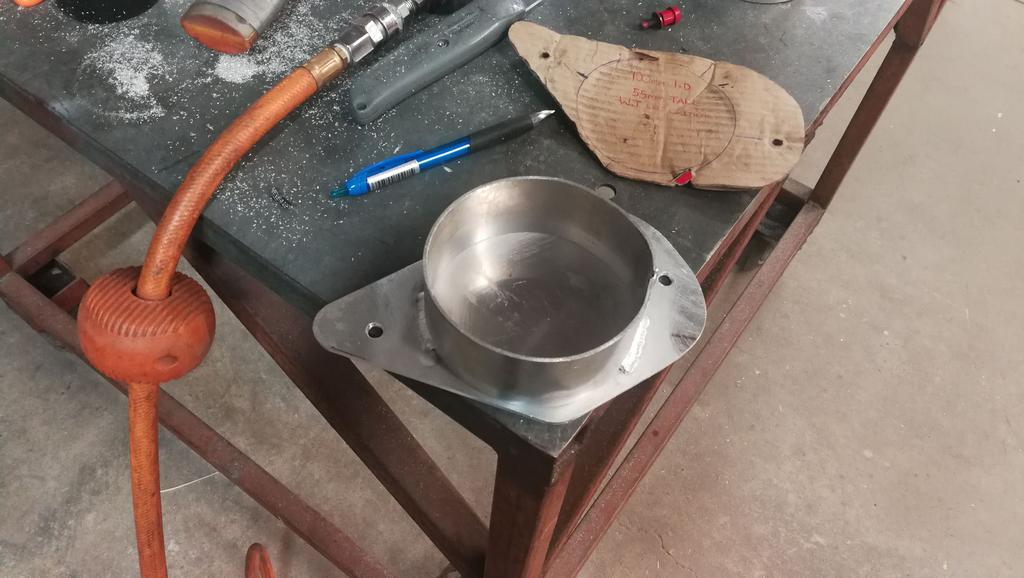 This hose took me an hour or so to make as I had never used the fittings or anything like that, it was all new to me.
Buy the anodized spanners, I tried the masking tape trick and it didn't work, it went through the tape scratched all the fittings. 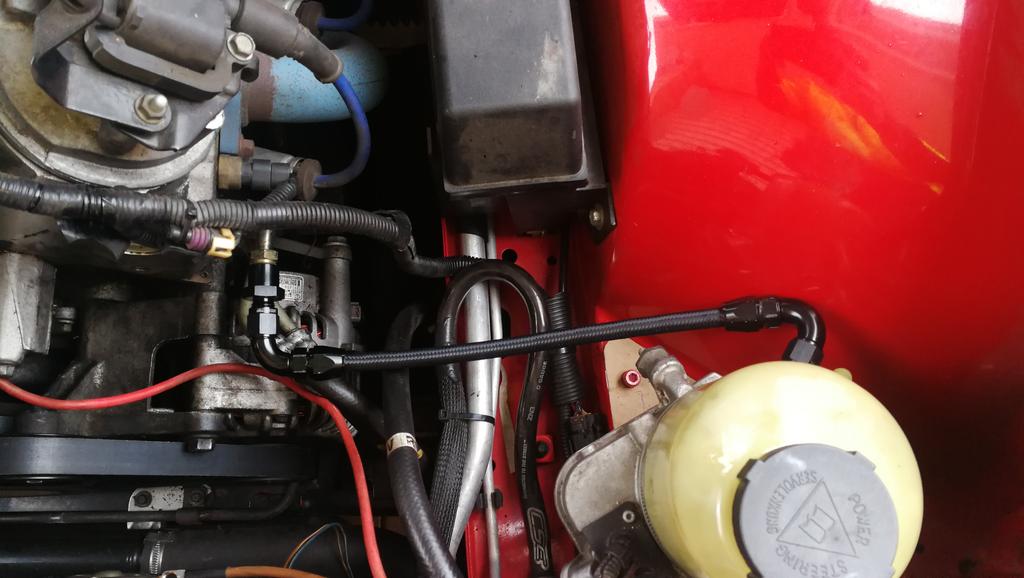 The factory low pressure return hose will reach, but it kinks a little bit so I made my own out of some spare, no picture for it though.
Mount nearly complete, painting it at the moment then will add neoprene foam to absorb any extra vibrations. It may look close to the wheel arch but it has plenty of clearance. 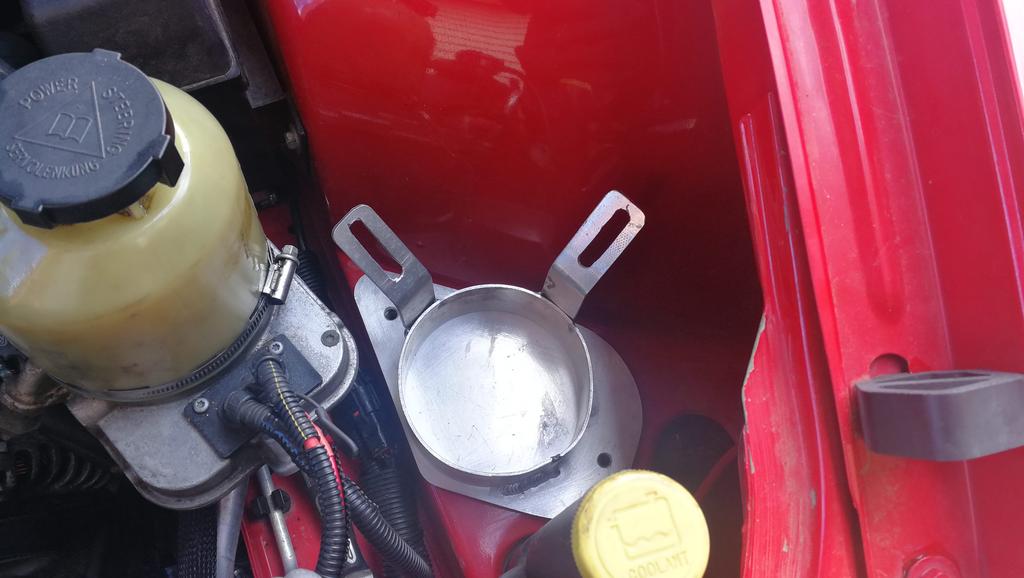 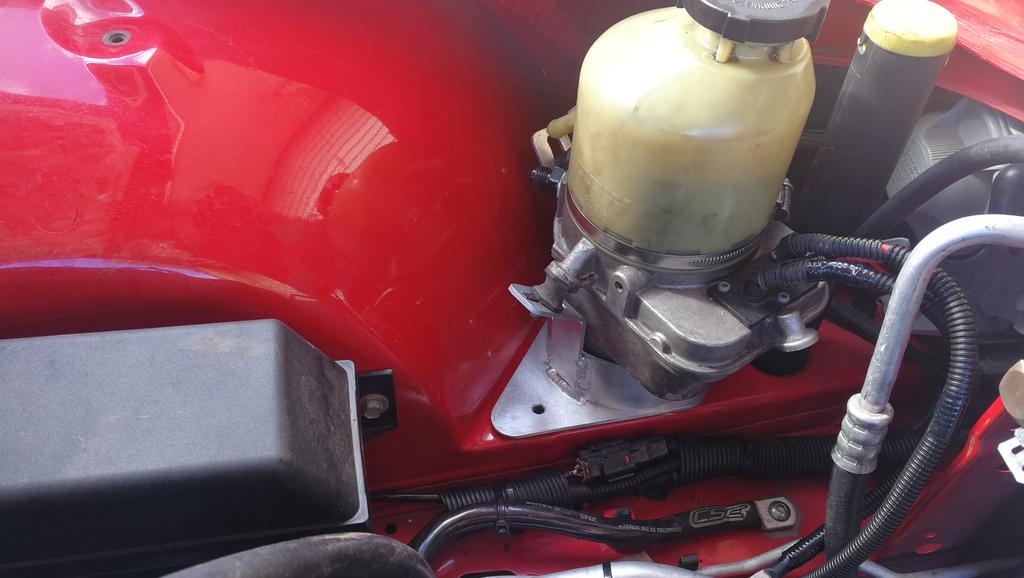 As for the wiring side of things, I bought some butt joiners to extend the factory 8 gauge power to the battery, use an 80A fuse for this, it is what they used in the Astra. The ground was run to another grounding point closer to the pump to save wire.

For the remote wires, I joined the brown and blue wires and run a single wire to the purple fuel pump wire inside the drivers kick panel, I was going to try and hide it in the engine bay at the fuse box but couldn't be bothered.

For the engine belt side of things, it's simple. Belt part number is 6PK1420, buy another LS1 ribbed idle pulley to replace the smooth one and use a 3mm thick washer to space it out, clearance to the alternator bolt is damn tight but I haven't had any issues with the belt rubbing on it. you can find a diagram online on how you should run the belt.
MY 2002 VY SV8, red goes faster!​

Hi
I did this to vt v6 late last year.
You should pick up some hp as the motor is not driving the pump. Should be better on fuel too?
May have to do idle re-learn?
I used maccasrun for my how to. He has (had) a drift car. vy ss ls1?
There was another guy from qld that had a ute, drift car. Harris something. July last year maybe?
When doing my research for the project there were people from all over the world using this pump & heaps of different cars to do the conversion.
I think your conversion looks great. Keep the good work up.
https://forums.justcommodores.com.au/threads/mods-on-my-vt-s1-v6-6-speed-auto-exe-wagon.256463/

Yeah I followed the maccasrun how to, it is a really easy conversion to be honest.
I shouldn't have to do an idle relearn or anything for it I don't think. Economy isn't an issue, the engine is getting a small cam and freshen up at the end of the year.
Another build that comes to mind that use an electric power steering pump from a Mercedes(?) is Project Binky on YouTube.
I know of a few others here in Adelaide that have done it too, including my mate that has an R31 Skyline with a supercharged 355 V8 drift car.
MY 2002 VY SV8, red goes faster!​

It's all in and running!

Turns out that 3rd black wire is also a remote wire, connected it to the other 2 and it turned on.

First impressions: It's a little bit heavier than the standard hydraulic pump which I don't mind, coming into roundabouts it doesn't activate as there isn't enough steering input, once you steer through the roundabout it activatea and feels normal again.

Parking in a carpark feels the same but going full lock to full lock quickly the pump struggles to keep up. I put it down the the front end weight being much more than the AH Astra the pump came from and the rack not being in the best condition.

It's not very loud either with the radio off which is good!


Overall I am happy with how it has turned out, I can't think of anything that I would do differently.
MY 2002 VY SV8, red goes faster!​

Factory PCV cracked and it sounded like there was one of those rubber chicken toys under the bonnet because of the air leak.
Part number 12590632, $131 at the local dealership. 5 minutes to swap it over and no more rubber chicken!