what did you do to your car today?

400 hwy km run to lunch with the daughter

Car is covered in all of the dead bugs

It will be filthy by the end of it, which will require a day of therapy (washing/detailing the car) to fix
I like my coffee like my women, white and bitter

Want this for car

Ginger Beer said:
Seen a few VX VY VZ SS out for a run which was nice
Click to expand...

I spent yesterday driving around the Newcastle and surrounds area 'shopping'. ( Got the Monaro wet.)
After my 'shopping' failures earlier in the week, I started looking for Aussie Holdens and Falcons they are conspicuous by their lack of numbers on the road.
VE/VF are the most numerous, but greatly outnumbered by SUVs and small Koreans. Falcons are rare as.
As for the last of the imitation Holdens .......... ZB, Arcadia, Equinox, Malibu, Astra ...... less than Falcons, .......... nowhere.

Excluding the diehard old fart fans on this forum, methinks Australians have ditched Holden big time as a conveyance, and it has only been 5 years since Commodore and less than 2 years since the final death rattle.
S

figjam said:
Excluding the diehard old fart fans on this forum, methinks Australians have ditched Holden big time as a conveyance, and it has only been 5 years since Commodore and less than 2 years since the final death rattle.
Click to expand...

Australians ditched Holden while Holden was still trying to sell cars nobody wanted,.... the small number of diehards excluded because they didnt count to the bean counters
Not having a dipstick is perfectly fine when the guy doing the trans service isnt a dipstick himself - Milo 6.0 (26 May 2020)

use to be every friday night and over the weekend i would hear and see modded cars driving around, now days i feel like i might be the only one out on the roads once mine is back running
V

I live in a small street and quite reguarly there is a tough sounding F250 turning up.....It's in the street for 10 mins max before it's off again.

A few people I know are into the burnout scene, so they blow their cash on their burnout cars, rather than their street cars
I have $50 000 in tools and google....Now I'm classed as an expert
V

I forgot to add what I actually did to the car today.....I decided to check my back fuel filter (I have 2) to see if it is clogged, as I do seem to have a fuel supply issue with my VC....Turns out it did have crap in it, so I ducked down to my local auto parts store and to my surprise they didn't ask a million questions relating to the car....I just dropped my old filter on the counter and asked for a newie.

Brake pads arrive tomorrow so I put the right hand calliper back on. Lo and behold sitting sideways was the brake pad I had been looking for. Too bad perhaps I will never use them but at least they were at a very good price. I'm sure I'm not the one on this forum who has parts stashed away that they will never use and might sell one day.
L

Mate, I have rotors, wiper arms, wiper blades, two or three sets of pads plus some SH parts, stashed in the shed. And that's just parts for my car.
Lay down with dogs, and wake up with fleas, scratching the surface not treating the disease.. 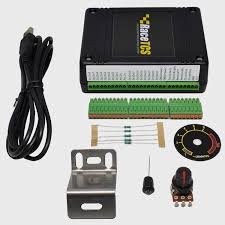 H
Happy Father’S Day! What did you get?
2