Hmmm.. good idea which I too would be interested in..

There was a foto of some one that did put a pad in said position,it was a few months ago,it was about putting Ifone jacks there,looked very meet,try a search.
S

No doubt something can be bought and made to fit under your aircon controls and in front of your gear lever, permanently wiring to the rear of the cigi lighter plug. But such a solution may be less than idea without AA/ACP available on MyLink as you would still need to interact with your phone which is now in an awkward location.

A simpler alternative may be to get get a Qi charging mount to put your phone up on the dash near your line of sight, here are some options. Should be less than $100.

This article also discusses some options to add Qi charging to your car. Within this article they list a Chevy Silverado mod which is somewhat interesting.

So, if you really want it under the aircon controls, and want a professional looking solution, I'd remove the rubber mat and conside making a mold of a modded version of the mat (this is the difficult part). I'd then hardwire a charging module to the cigi plug and hide it behind the dash or under the console (where ever is a good fit and accessable). Obviously you'd have the end of the charging plug coming up to where the rubber mat normally sits. Last thing to do is dismantle a small Qi charging pad and mount it in your newly made mold. Pour in some PT flex 60 which should give you a new squishy mat with the wireless pad embedded within. Obviously the new mat should have a small opening to allow you to plug the charging wire into the Qi charger embeded within your newly made charging pad. Now its simply to plug in the charge into the mat and place your new Qi mat in its spot under the aircon controls. Then place phone on your new Qi mat and it will charge up. See here for making rubber parts (prop gun in this case). Probable much work but it would look factory and be an interesting project.

Me, i'd go the Qi dash mount as a much simpler and better option (considering we dont have AA/ACP within MyLink.
Not having a dipstick is perfectly fine when the guy doing the trans service isnt a dipstick himself - Milo 6.0 (26 May 2020)
H

Or....wait for it....you could always trade to a ZB which I believe accommodates wireless charging (ducks for cover )...
T

I use this which works great for me. I use a Samsung not sure if it'll work with Iphone.
https://www.banggood.com/Qi-Wireles...327.html?rmmds=search&ID=224&cur_warehouse=CN

Holden17 said:
Or....wait for it....you could always trade to a ZB which I believe accommodates wireless charging (ducks for cover )...
Click to expand...

Or look at ZB parts list and consider if you can retrofit such parts into your VF
Not having a dipstick is perfectly fine when the guy doing the trans service isnt a dipstick himself - Milo 6.0 (26 May 2020)

@Skylarking that sounds like a lot of effort just to charge my phone without plugged it in lol Was thinking more like the house wireless charger where it’s just a disk you sit you phone on.

@Tripxit i don’t like anything plugged into that power socket or like a vent holder was hopping for a real stealth looking charger.

a project that I have not managed to find time to finish is installing a wireless charging coil under the rubber insert below the ac controls. 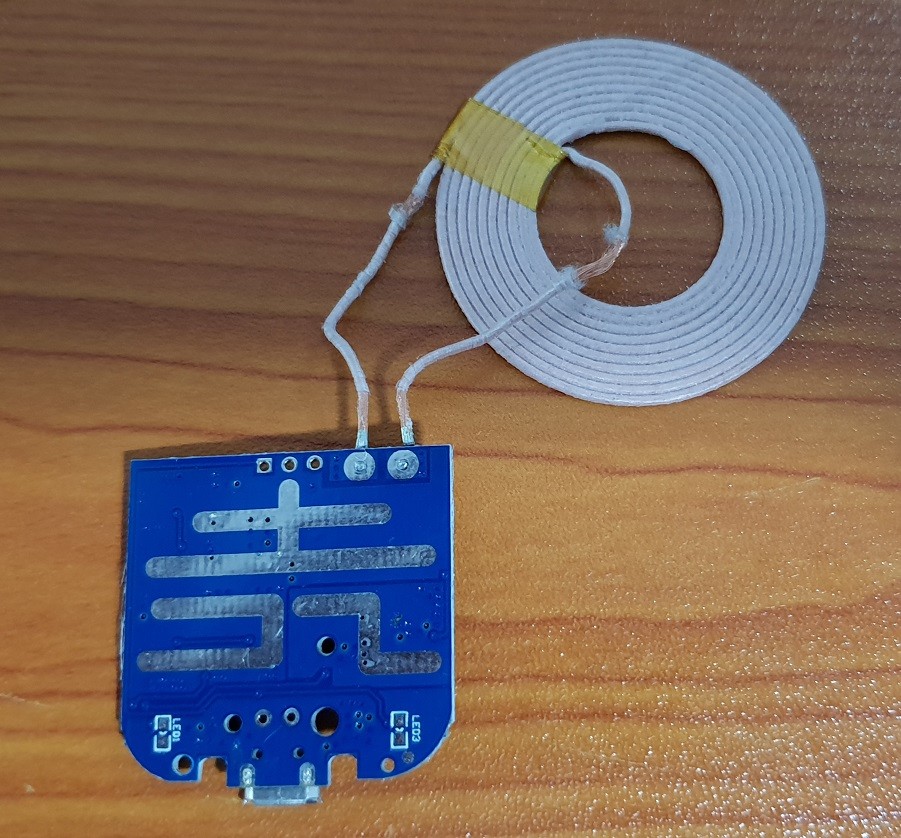 its pretty simple to just use the guts out of a charging pad and connect it to a 12v>5v usb charger and hard wire it to the wires that go to the 12v acc socket.
doing it this way I can just put the coil below the rubber insert so everything looks factory but placing the phone there will allow it to charge.
H

Skylarking said:
Or look at ZB parts list and consider if you can retrofit such parts into your VF
Click to expand...

Sacrilege Skylarking....wash your mouth out!!
You must log in or register to reply here.