Extending my garage is on the list of jobs to do, unfortunately it involves a LOT of digging **** out from under the house and making a doorway in a 4' concrete retaining wall...

Update:
I'd been searching for a while for either Statesman leather seats or Caprice leather seats however finding seats that aren't cracked to hell is proving pretty difficult thanks to Holden's average quality leather of the 90's

I found a mint set of VR Partial leather seats which I'm going to run for now until I eventually find that needle in the haystack, I'm in the middle of steam cleaning them at the moment and re-moisturizing the leather but I think I got a pretty good score for $100 for a full set with no wear or cracking. 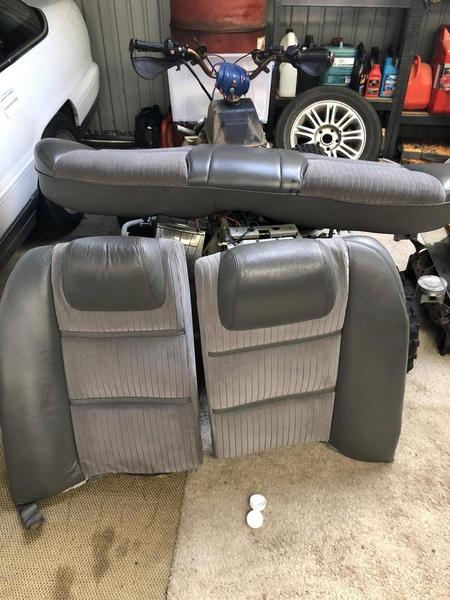 Is it worth having your Stato seats recovered? There is a newish vinyl that feels like leather and looks like leather but it is a better product. Modern leathers used in upholstery has been quite low quality for a fair while now.
Lay down with dogs, and wake up with fleas, scratching the surface not treating the disease..

My stato seats are the velour ones not leather, hence why I was looking for leather ones.

My velour ones are mint, but I just prefer the look of leather/leather accented seats so I'm going to put the factory ones into storage for a rainy day as they don't have a single mark on them and I'd like to keep it that way.
Last edited: Jul 15, 2019

Any VS Stato seat in ok cond is like gold over here, a mint set would be the bomb.
Lay down with dogs, and wake up with fleas, scratching the surface not treating the disease..

Quite happy with how they turned out.

So as much as the Davies Craig fan controller was a great bit of kit for the price I wasn't too happy with it's lack of configuration. Mainly that it ran the two AU fans at 100% regardless of whether it needed full speed or not, which was annoying as hell as AU fan's aren't quiet at full roar.

I ended up ordering a Derale PWM Fan Controller from the states. These have a computer inside it which learns your cooling systems thresholds and calibrates fan speeds accordingly starting from 40% fan speed and ramping up as needed when triggered it also has a switch that you can wire in the cabin (I hid mine in the glove box) that can override the controller and run the fans manually.

Great bit of kit, loving it so far. 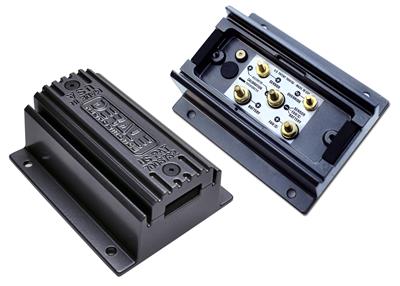 Cool, ha ha ha.!!!
Seriously though this it? Looks like it.
https://www.google.com/url?sa=t&sou...FjANegQIBhAB&usg=AOvVaw22KmjLUKYMZy3-6edfHTEm

afstruct said:
Cool, ha ha ha.!!!
Seriously though this it? Looks like it.
https://www.google.com/url?sa=t&sou...FjANegQIBhAB&usg=AOvVaw22KmjLUKYMZy3-6edfHTEm

yeah it's about the length and width of a standard size iphone.

I hid mine inside my MACE CAI enclosure so you don't even know it's there.

Did you work out what was making it run hot?

gtrboyy said:
Did you work out what was making it run hot?
Click to expand...

I think it was a combination of shrouding, inaccurate sensor location and poor fan control.

I've since moved the coolant temp sensor for my autometer to where the factory one lives in the manifold rather than before the thermostat, seems a bit more accurate now.

The new fan controller also seems to be helping as it's got the smarts to be proactive about when the fans come on rather than reactive.

After some heavy braking to avoid a roo last weekend and being horrified by the performance of the brakes under heavy load I've decided it's time to overhaul the braking system.

Master, booster and pads were ok but the brake hoses on the front calipers look like they are starting to swell a bit which isn't surprising being over 25 years old. The rotors were also starting to shudder after only 10,000km so may as well replace them as well.


I've rebuilt the calipers this week with new seals and pistons and while I'm at it gave them a much needed coat of paint. 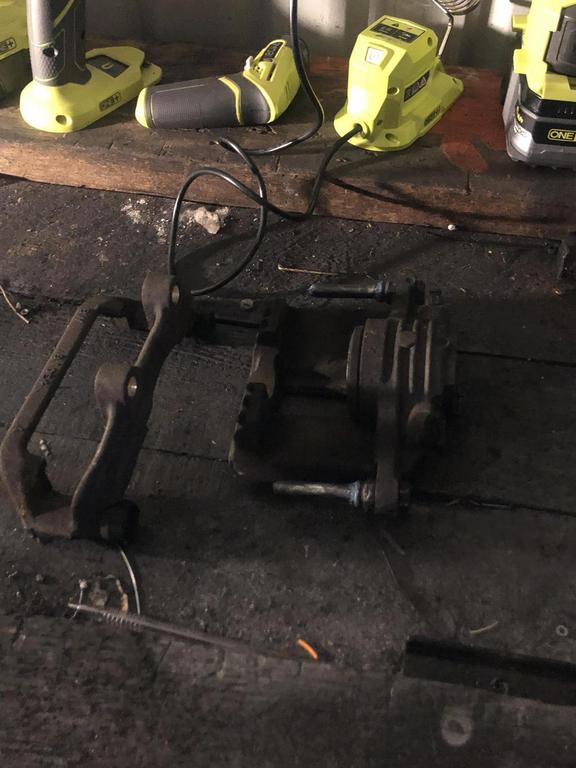 I've got new Bendix Ultimate pads and DBA T2 slotted rotors on the way along with a new set of braided front brake lines. Hopefully the thing should stop a whole lot better after this. I'd toyed with a VT brake conversion but decided to stick with what was original to the car for now.


In the meantime I've started diving into the world of TunerPro/EFI Live, it's amazing how much data I can pull from an ECU thats been around for over 30 years. 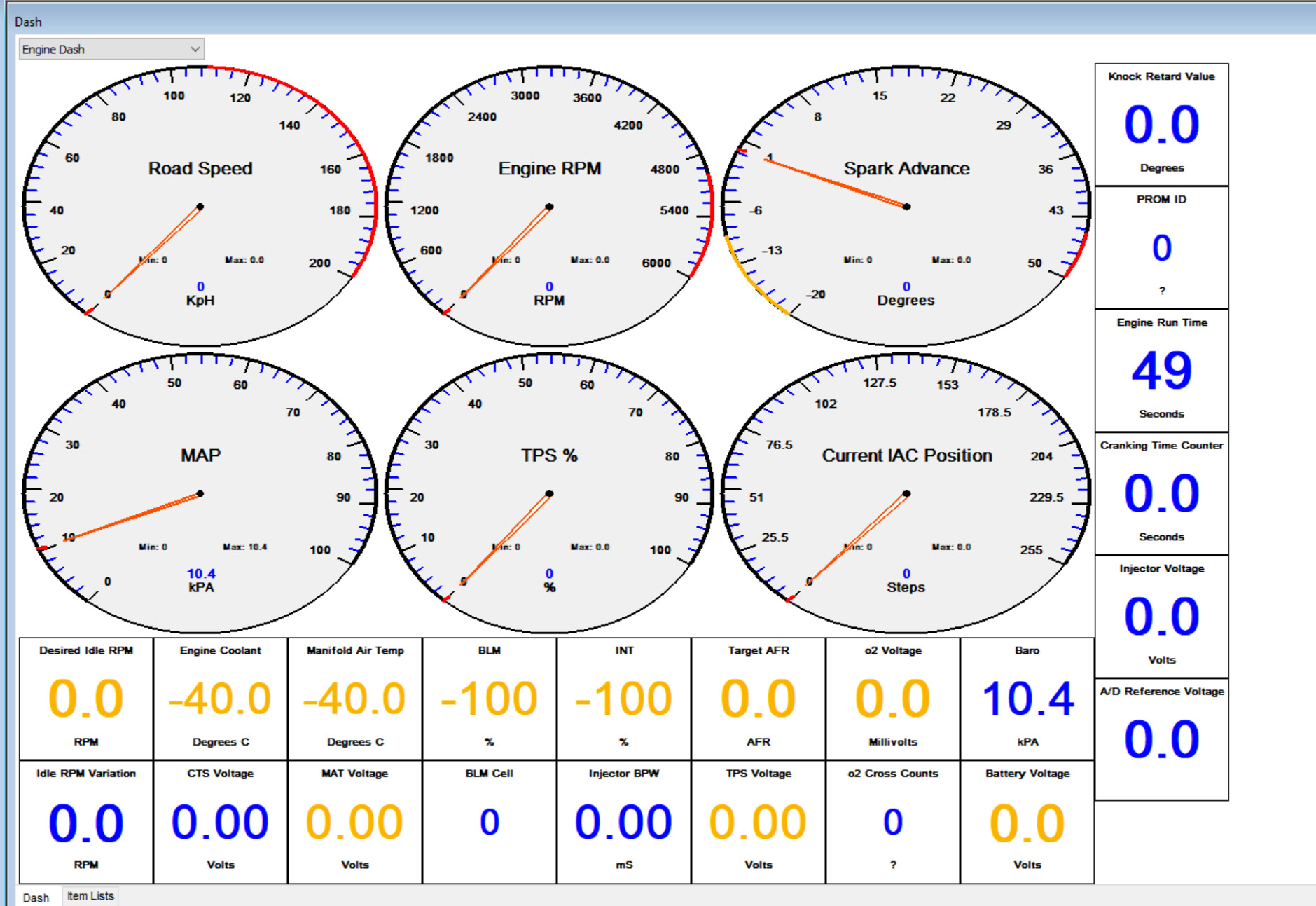 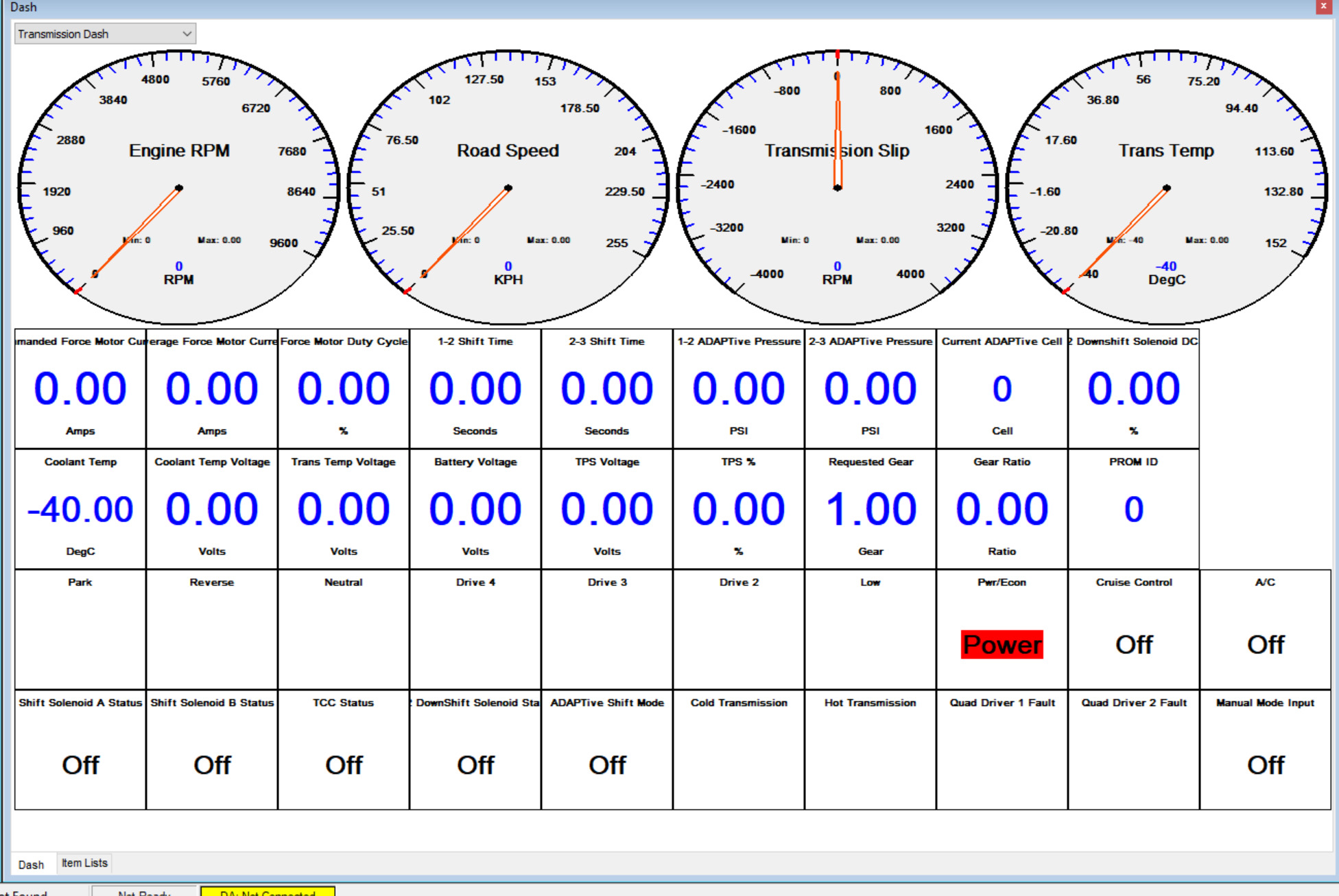 Made a big difference to mine when I used that combo.
My VE SSV Z Series

VS 5.0 said:
Made a big difference to mine when I used that combo.
Click to expand...

I have heard that Ultimates ars a bit agressive on the rotors. Having said that i wonder if my hardended rotors need something that is harsher on the rotors, so they bite in a bit more, than QFMs i have.
Lay down with dogs, and wake up with fleas, scratching the surface not treating the disease..

losh1971 said:
I have heard that Ultimates ars a bit agressive on the rotors.
Click to expand...

I ran those for ~30k kms before I sold it and had no issues.
My VE SSV Z Series

I had metalkings, then bendix ultimates, then QFM HPX and the QFM were a considerable improvement when braking from cold over the others and only ever had brake fade once. Was never able to get abs to kick in from 100kmph with decent tyres though. The stock brakes really are dangerous. I've driven a few vr/vs since I've done the full VT upgrade on mine, and I couldn't ever own one with stock brakes again. The VT upgrade is a no brainer - so much safer in a car that already lacks modern safety features
My HJ ute rebuild!​
My VS Statesman​

Yeah, my Navara and Focus both have big brakes which makes the VR feel like something from before we landed on the moon.

I think if it was a daily I'd definitely have done the conversion by now as highway traffic in peak hour is deadly around my way. I think I'll look at the VE conversion down the track over the VT as I can keep my current master and booster (the master is only 18 months old) and it will be easier to swap it back over to stock if I ever need to.
Last edited: Aug 12, 2019

I found my brakes are not as good as they were with cheaper rotors. I find the hardened ones to be ok when cold but once really hot there is less bite. It must be the rotors as nothing else changed, brand wise. Braids all round make a marked improvement, especially with HPX but I am disappointed with the rotors. I'd like to go back to some non-hardened street rotors next time.
Lay down with dogs, and wake up with fleas, scratching the surface not treating the disease..

Now that my vp ute is auto I find the stock brakes a bit ordinary...in a hard stop/emegency situation reckon they'd be scary.Don't remember vr/s model being that crap tbh.