I bought the car 2010, just as the S2 was announced, the interior updates and flex fuel technology tipped me over the edge when comparing to a XR6T ute, as I worked in the Motoring Media as a photographer more or less exclusively for MOTOR magazine, it was decided that this would make a great ongoing series as a long term review and make a few choice modifications to improve the car in areas where it was lacking.

The first few weeks I owned the ute I was in love, nice broad power, comfy interior and sounded great. But it wasn't till my first spirited drive through the Royal National Park that I realised this car had a few shortfalls - Brakes and suspension. Power was nice, but it could sound a bit better and while we were there, make more power too. 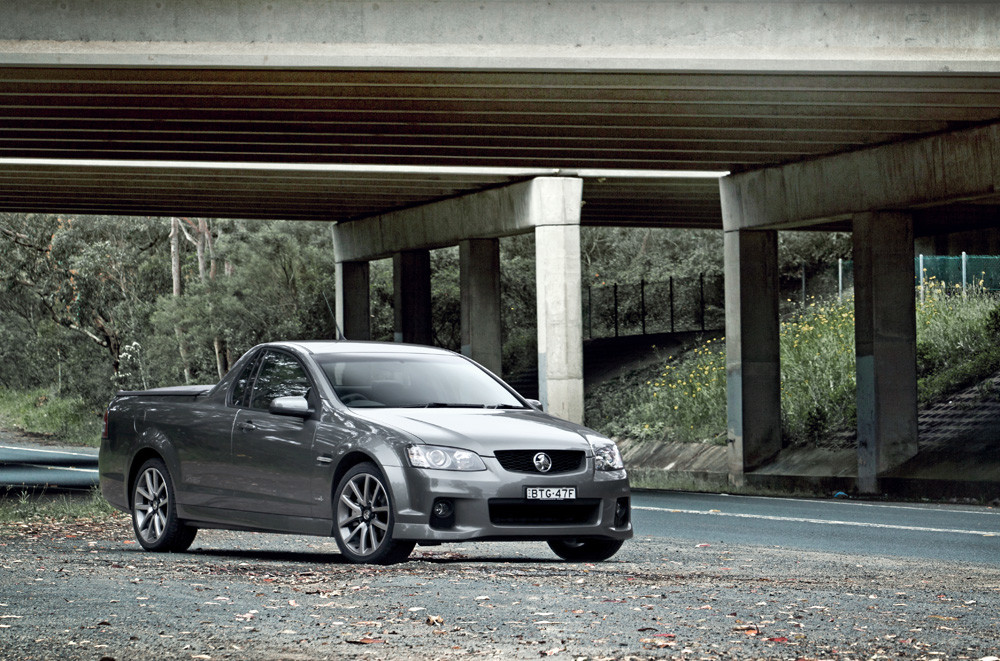 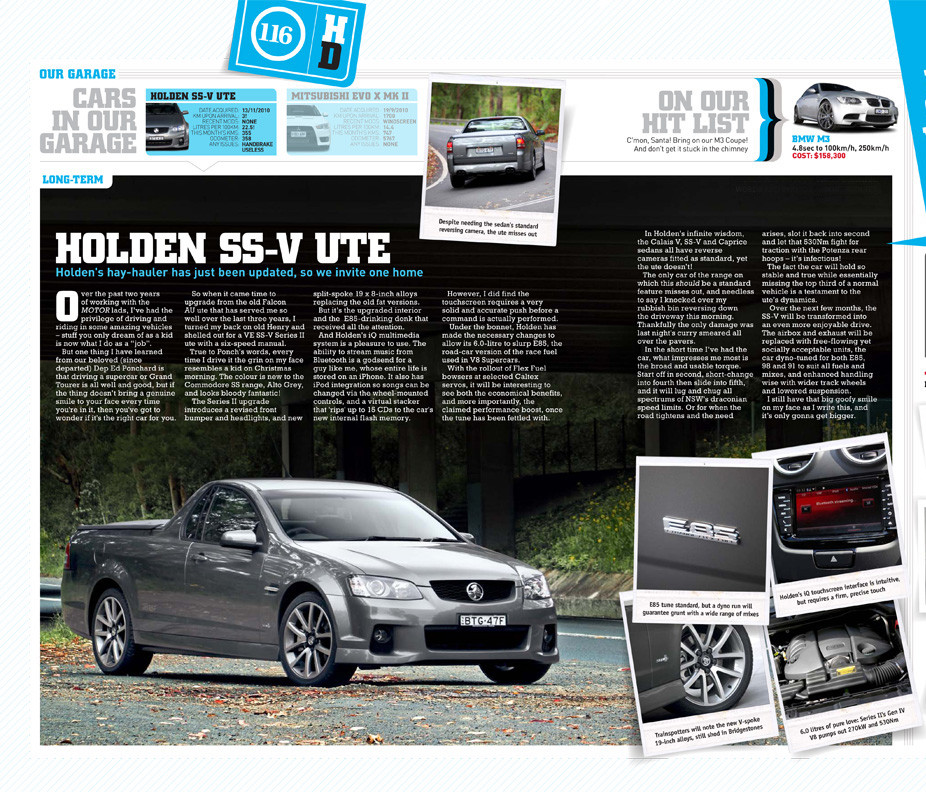 So this begins the modification journey of my Ute.

First up was Suspension which was kindly provided by Pedders, The XA coilovers were installed and immediately the difference was noticeable, not only in cornering performance but looks wise too with the lowered hunkered down stance looking much tougher. 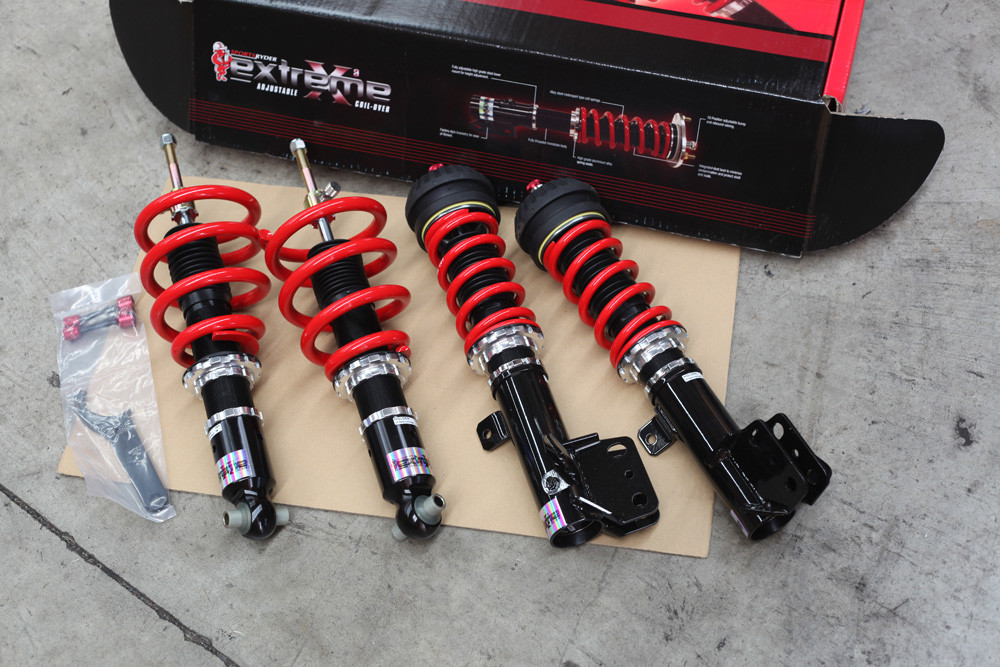 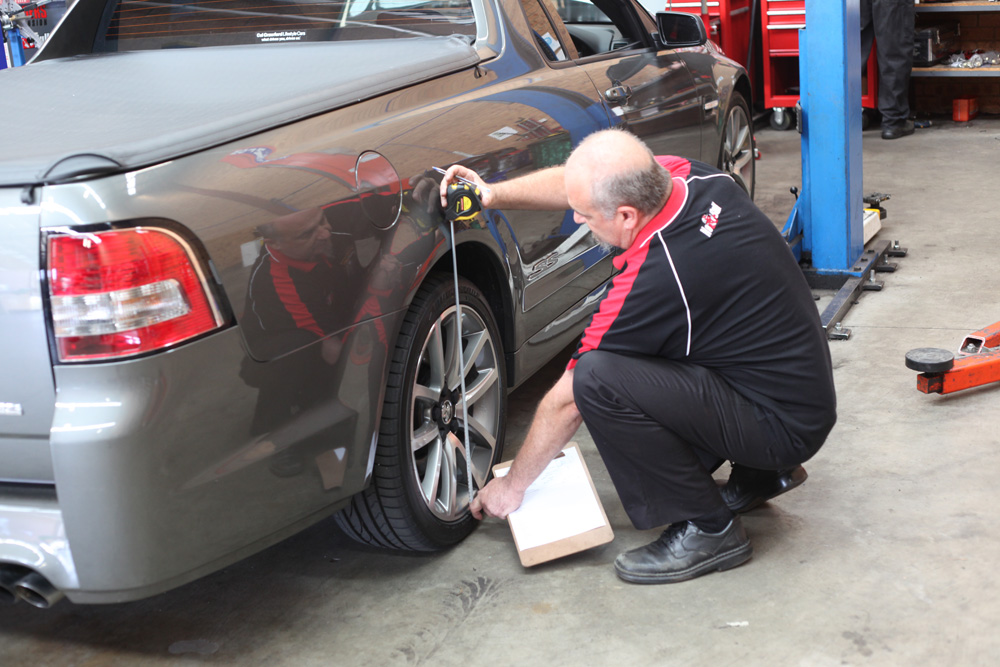 As you can see, huge weight difference (and size) compared to stock. 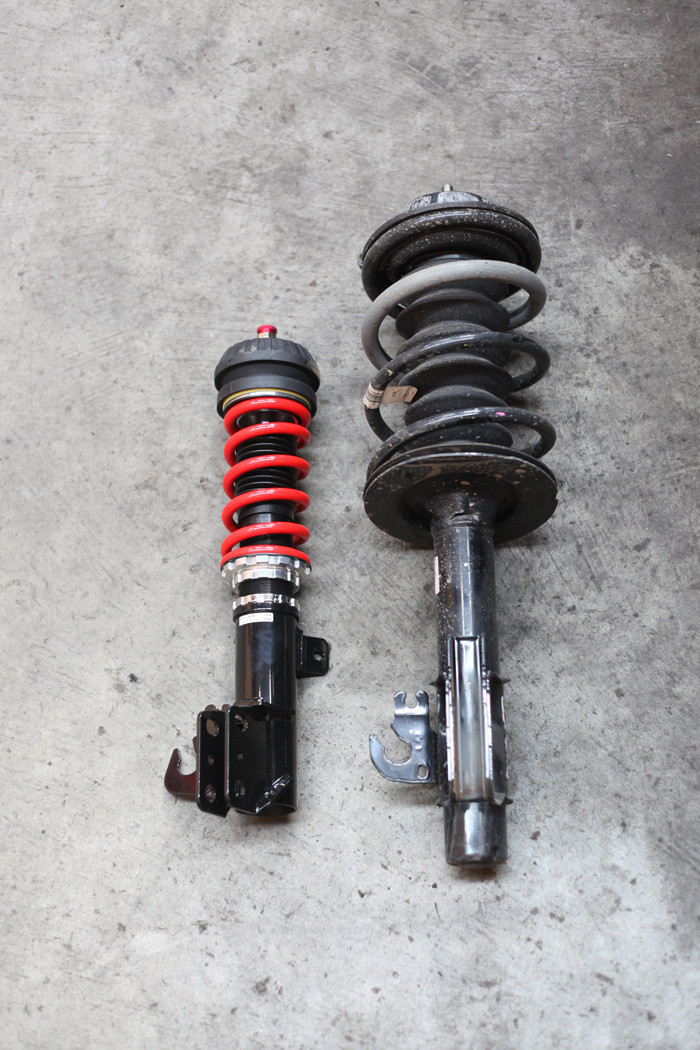 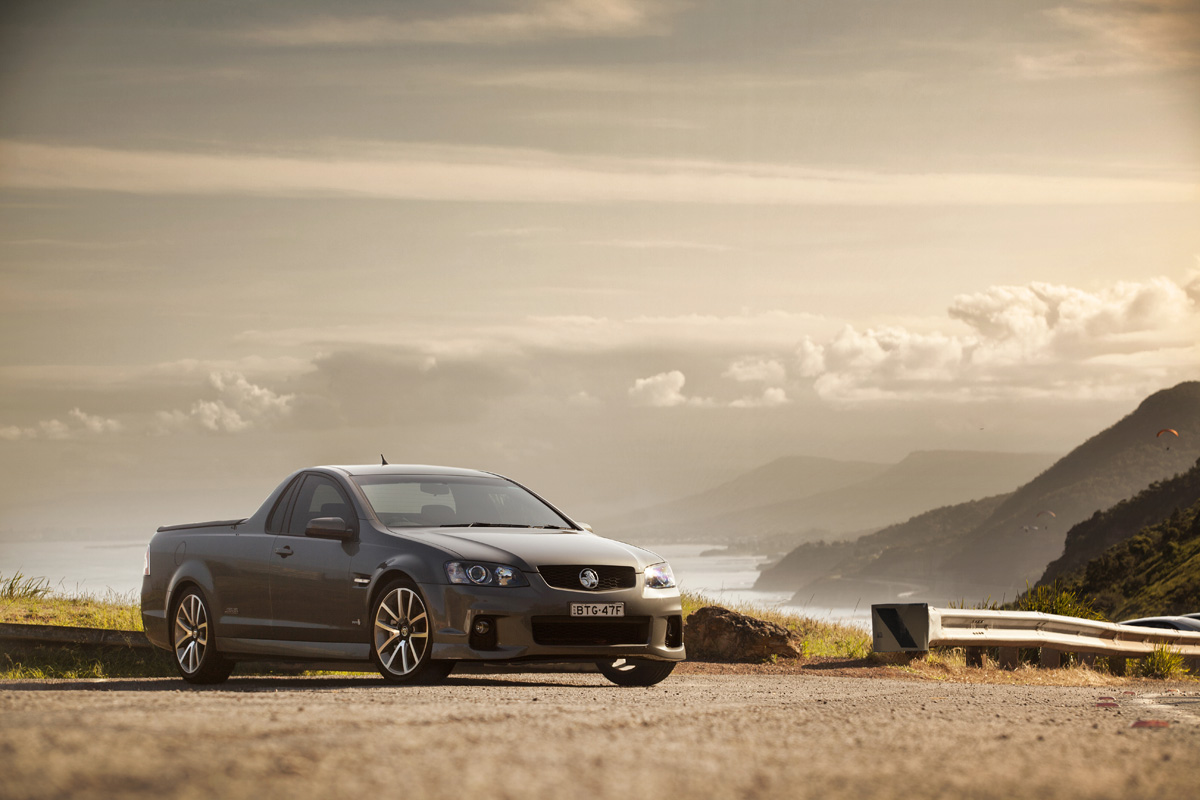 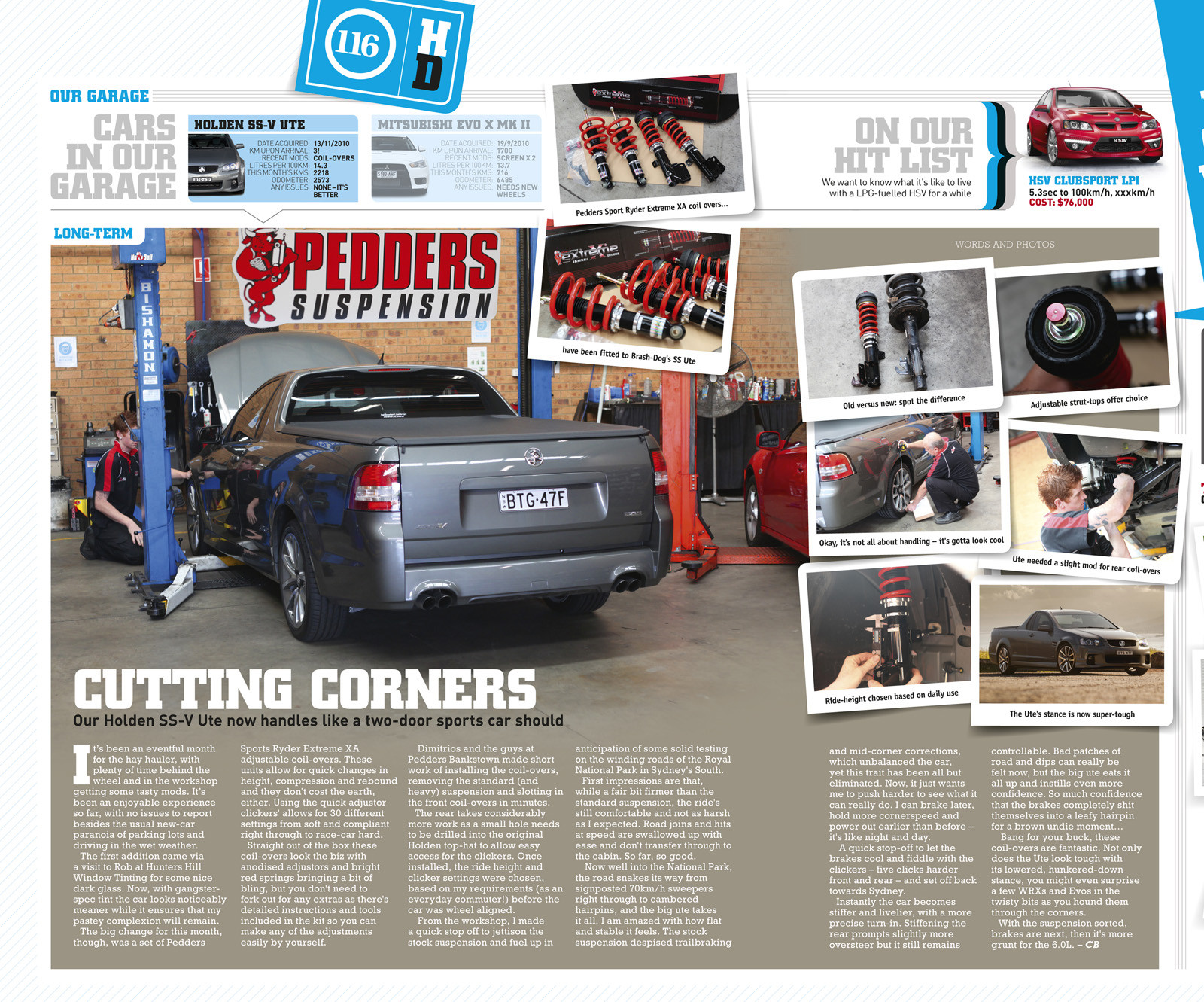 Next, I started collating the parts to make it go harder and sound faster. The following was procured.

After a bit of a nightmare with TNT losing the exhaust in Transit, eventually it all landed at Castle Hill Performance for the work.

Stock, made 218rwkw, after installing the exhaust, tune and intake power increased to 261rwkw and 600Nm of torque, but sinced then, with some minor refinements this was upped to 274rwkw and 610Nm torque on Caltex Eflex.

Now the car was really taking shape, the power was instant, revved much harder and that noise was to die for. I had found a new lease of love for this car all of the sudden. 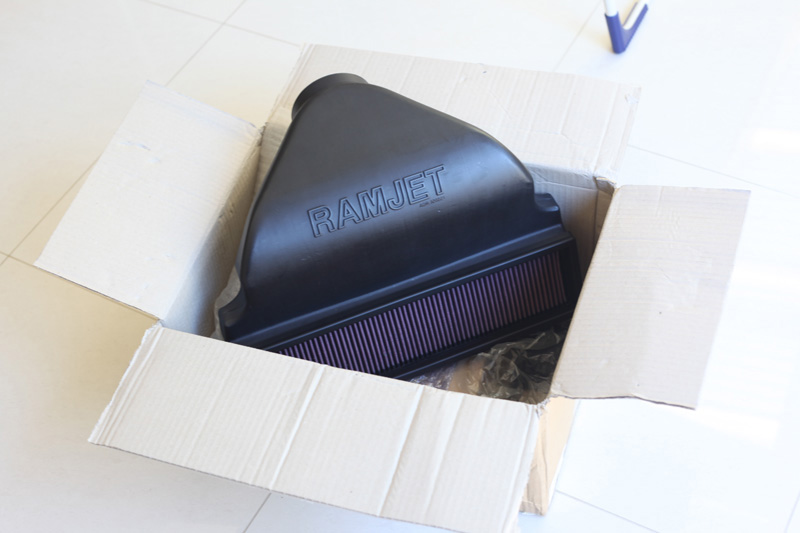 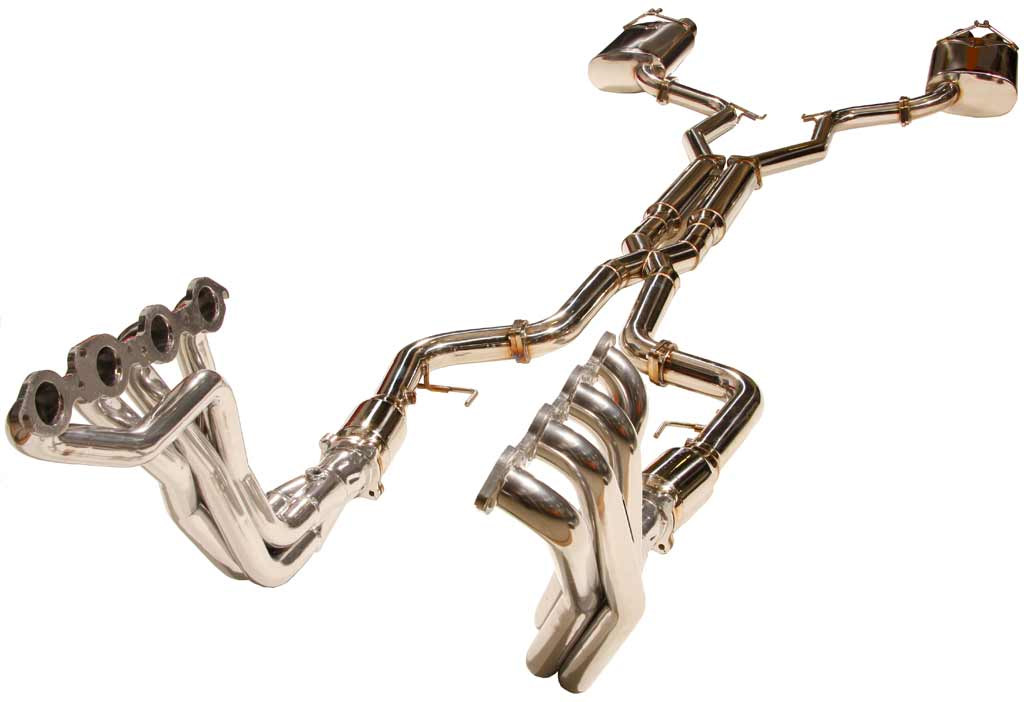 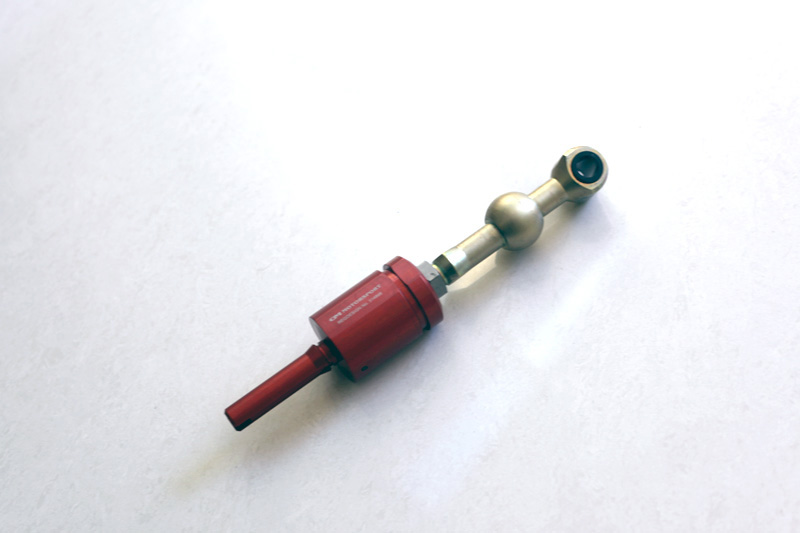 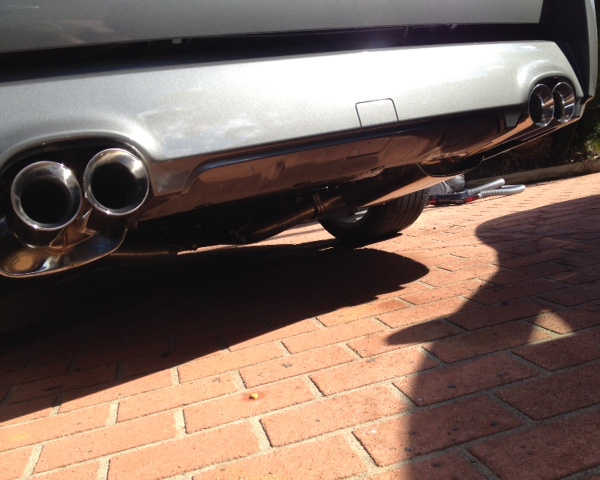 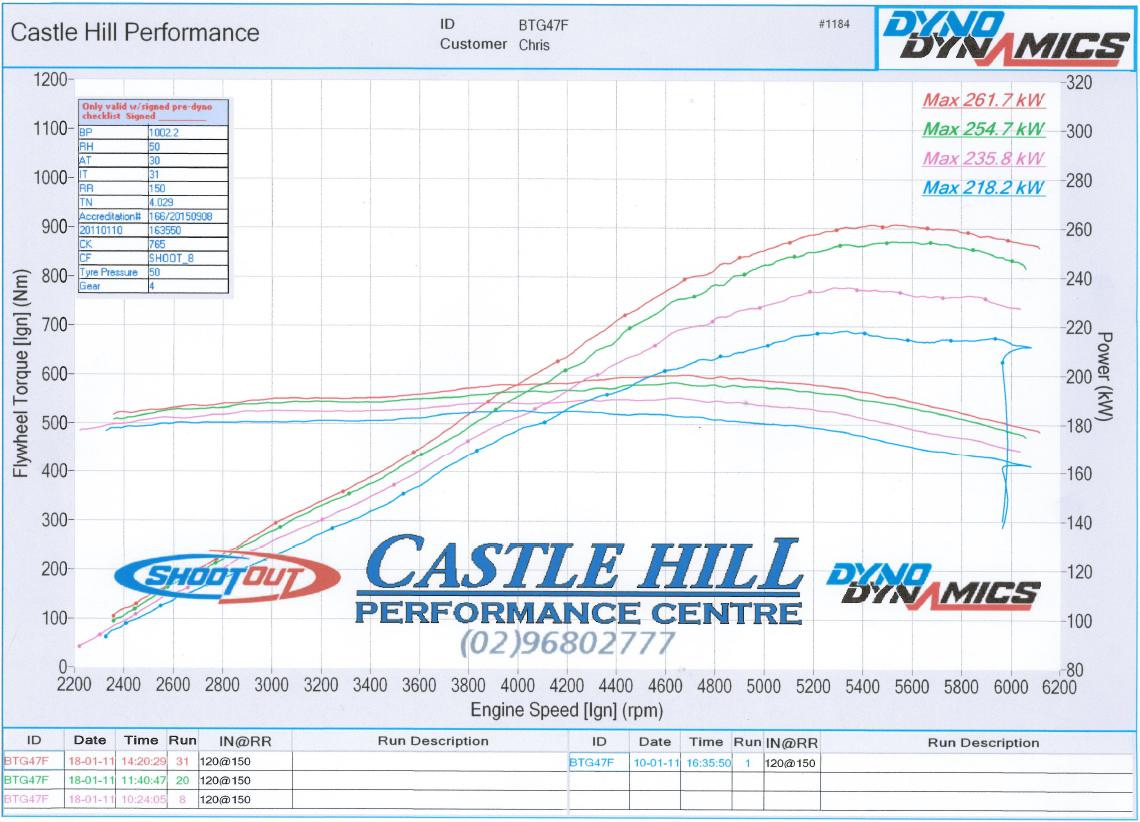 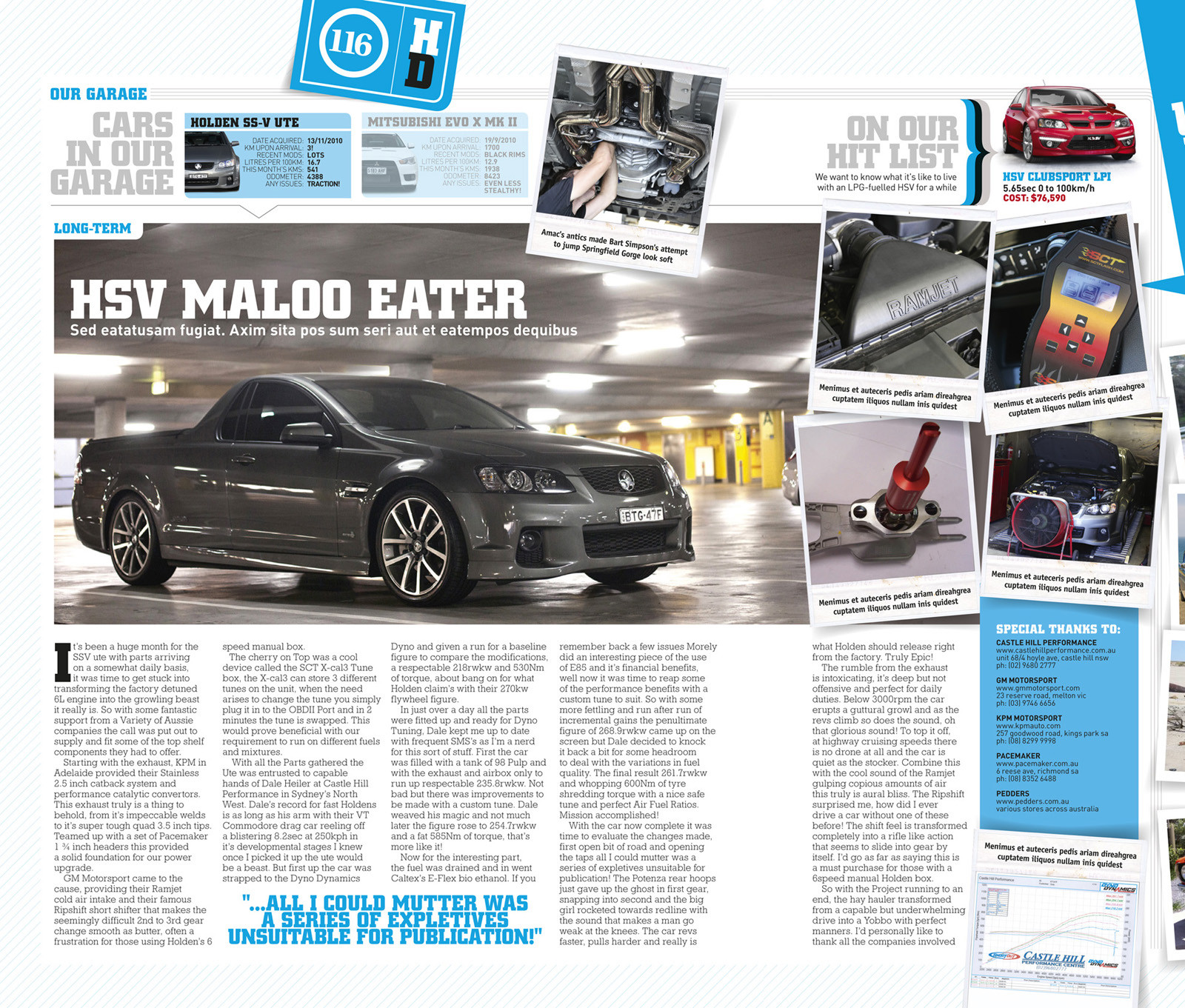 I just enjoyed the car for a while after the power mods, but it was severely lacking in the braking area. 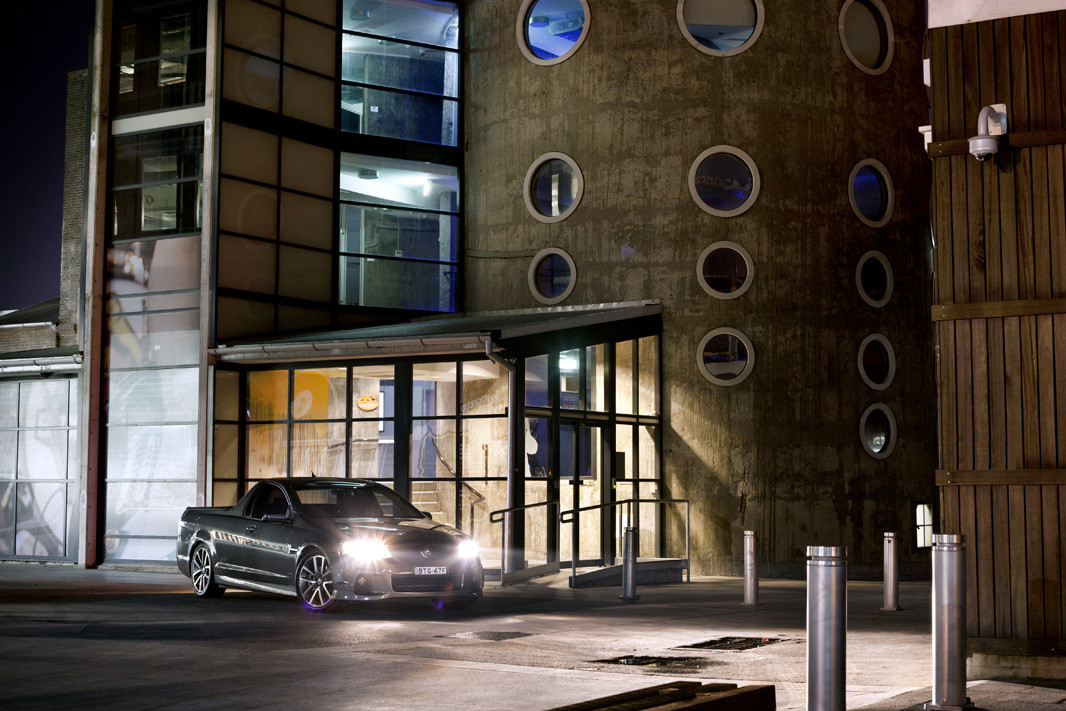 So a deal came up that was too good to pass up, a Set of Redline 4 piston Brembo's for $790 brand new! Yes please!

I also upgraded to a Redline rear tailgate badge for the nicer Red V look, and it was 99% a redline now anyway 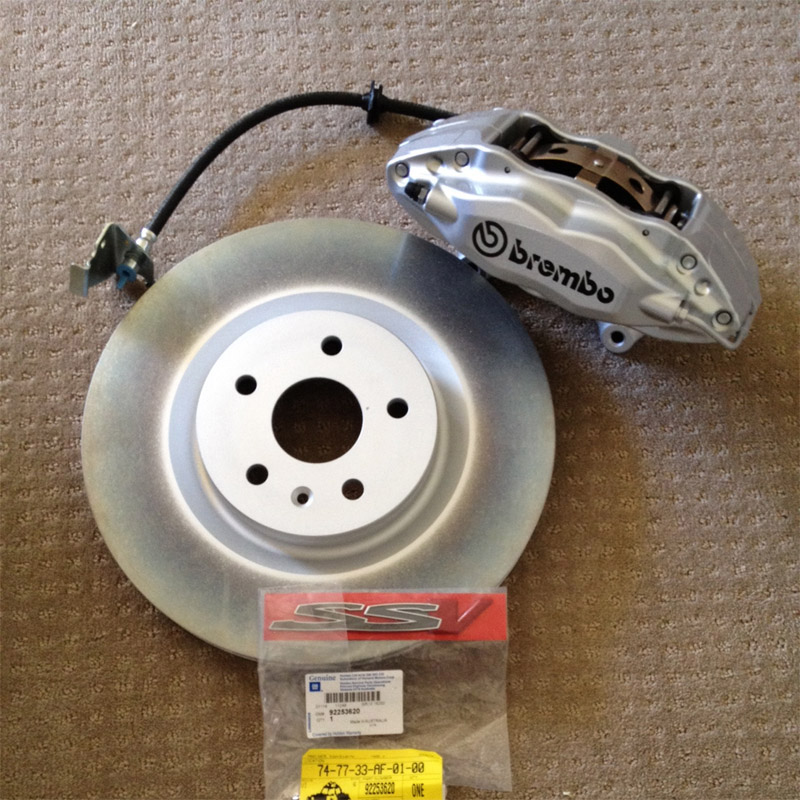 But there was one slight problem, the brakes do not fit behind the standard wheels. So I searched and searched for Lightweight forged wheels that would clear the Brembo's without problem.

There is lots of cheap wheels that will do this, but I am a firm believer in doing things right the first time, the chance to buy some ADV.1 5.1's in an aggressive offset came up and I jumped at the opportunity.

You might recognise these off the Walkinshaw "supercar" but these are 19's, with a much more aggressive offset and concave, I am led to believe that this was the last ever set of 5.1's in 5x120 ever made in 19 inch as they have been discontinued. 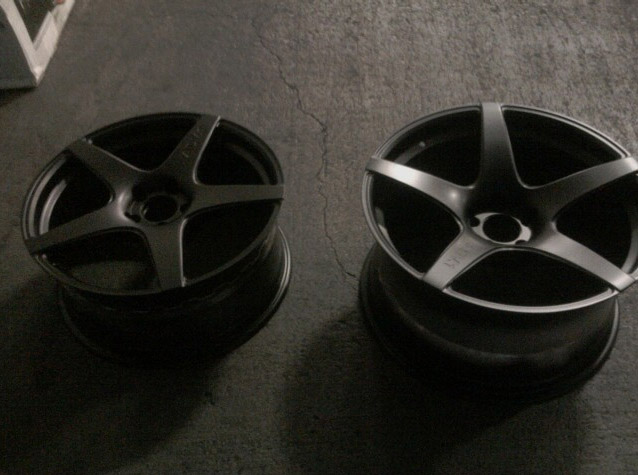 Through lots of measuring and using the offset calculator, we found that these would fit just fine with a rear guard roll on 245/40 series tyres.

Lowered it for a Car show, I regretted this instantly after the first speed bump 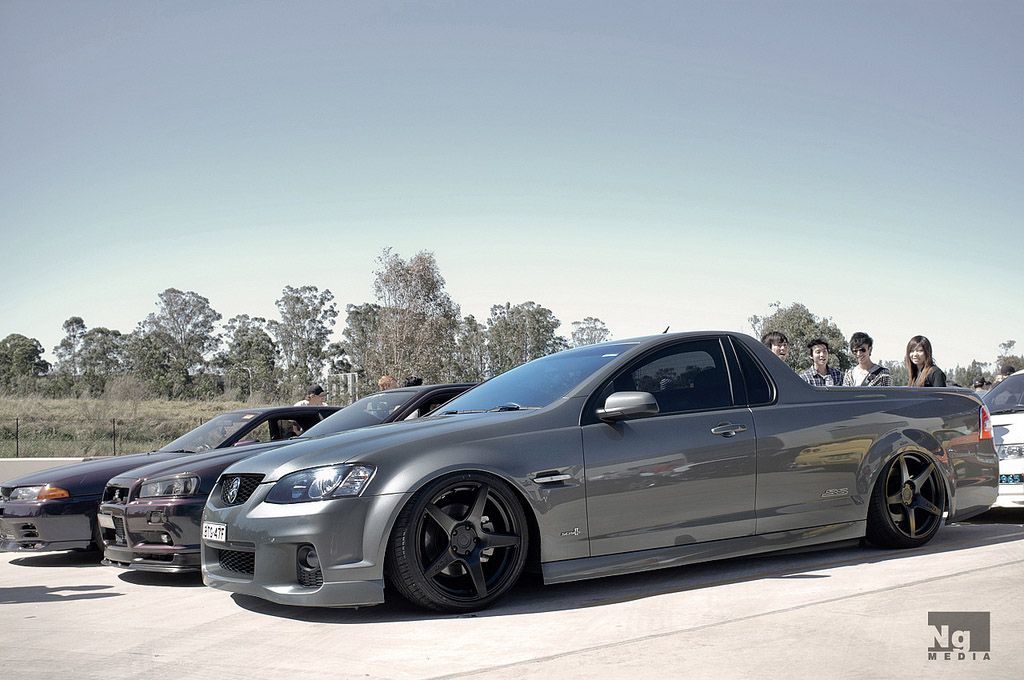 Now the brakes could be fitted without any issues, I should have done this ages ago, much better feel and no more "oh ****" moments. 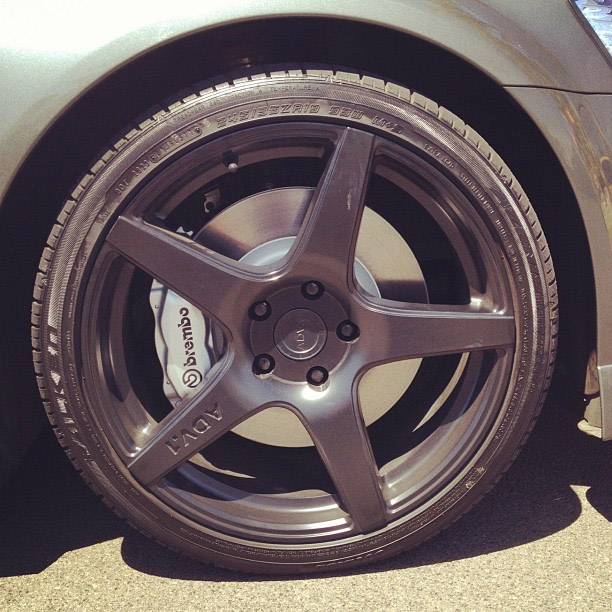 Finally to finish the exterior, I slapped on the Redline tailgate badge and Plastidipped the front badge. 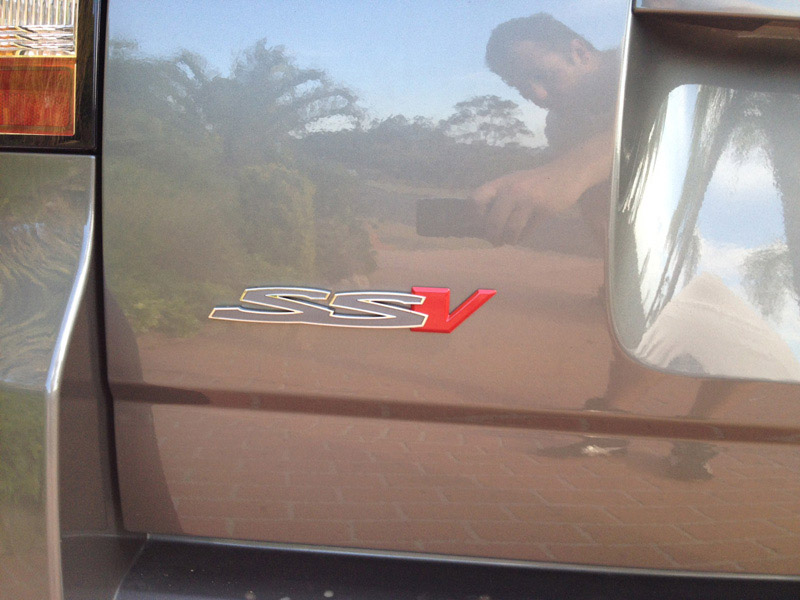 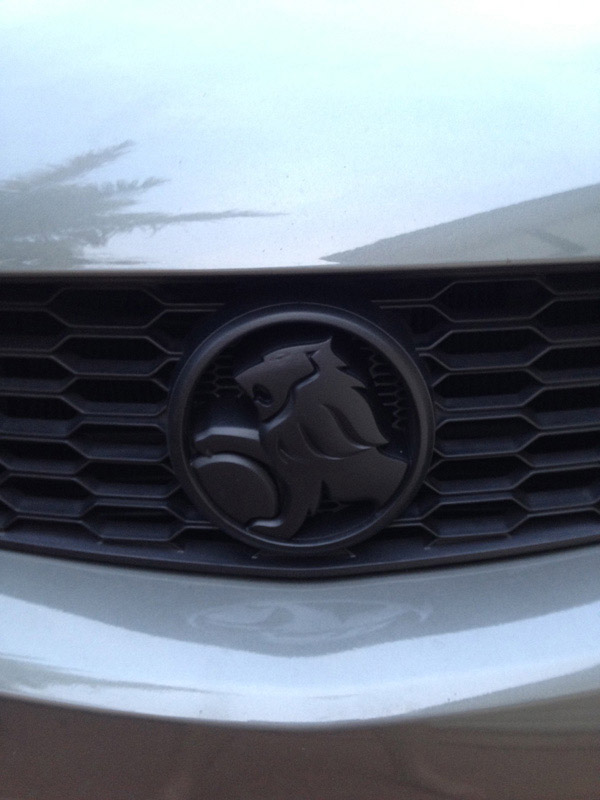 Finally, I got off my ass and did a shoot of my own car for ADV.1 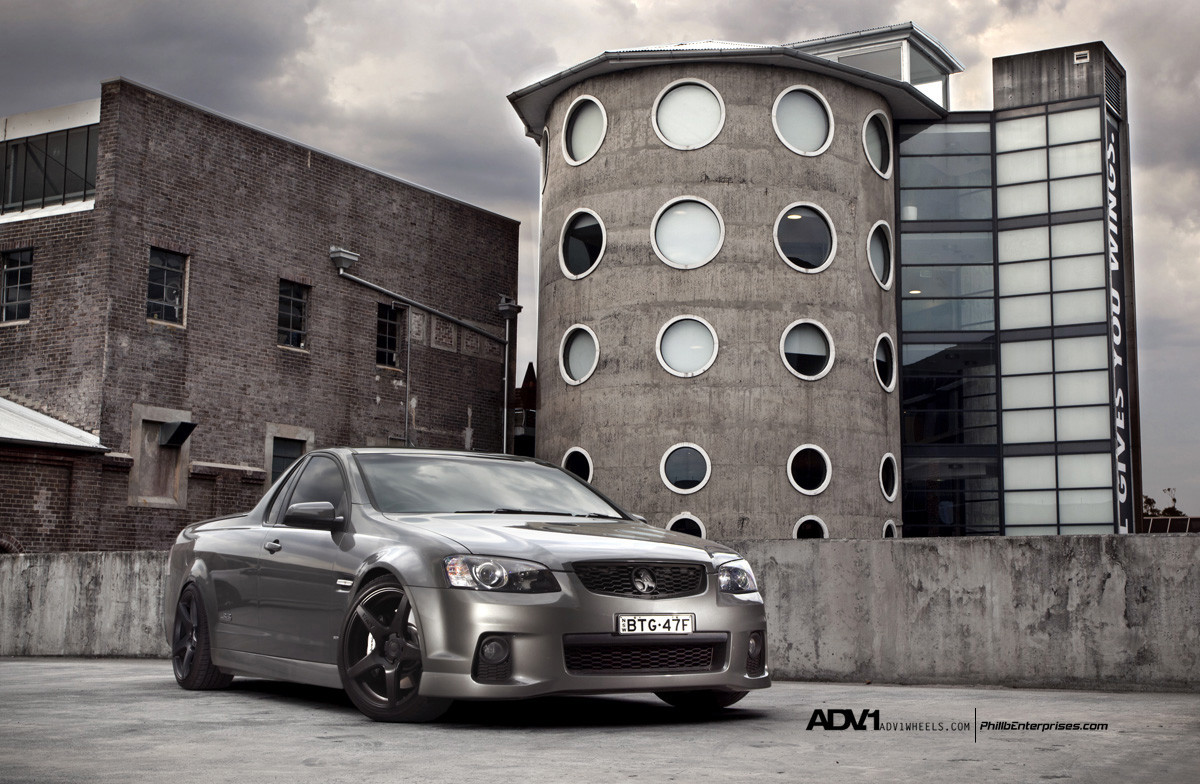 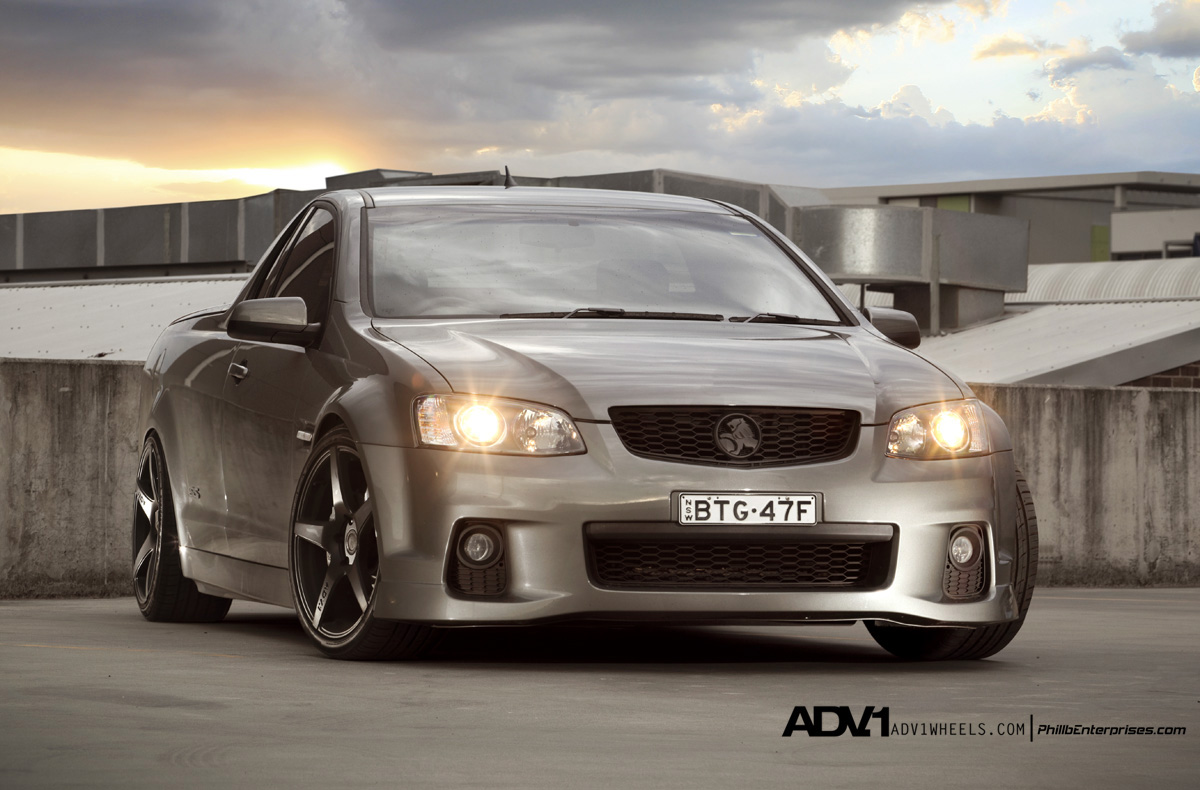 And thats the story so far.

where did you get the brakes from?

Brakes are from Thompson Holden group, they had a special late last year.

Top ute mate, love the rims and the stance in the car show pic is wicked, pity it's not practical haha

You should have a look into HIDs for the lights, would really set the front off IMO
N

Beautiful ute mate. Did you need a tune with your intake?
Also do you think the rip shifter is worth it?
Cheers

something is wrong with your car, just sayin.

Thanks for the nice comments


SUP3RST4R_DJ said:
Top ute mate, love the rims and the stance in the car show pic is wicked, pity it's not practical haha

You should have a look into HIDs for the lights, would really set the front off IMO
Click to expand...

I have thought about them, might be next on the list, it's funny how you are never truly finished modding a car, always something more to do.

Yep not cheap, but I love them, plus the fact you don't exactly see a car with the same wheels ever is nice, even for such a simple design.

I got to agree, never was a fan of any of the VE colours until I saw Alto, I knew it was for me as soon as it was released.


ButtsVZ said:
Beautiful ute mate. Did you need a tune with your intake?
Also do you think the rip shifter is worth it?
Cheers
Click to expand...

Thanks, yes, did it all in one go. The ripshift makes a massive difference, I always used to stuff up the 2nd-3rd change when up it, now it just slots in real easy. Must do IMO.