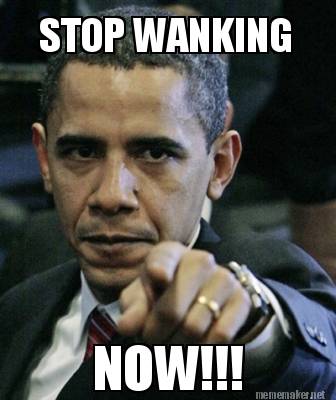 The custom fire extinguisher bracket fashioned by Reaper and I. The entire assembly is easily removable with no visible traces or modification to the vehicle itself. Primarily installed for the Winton track day (scrutineering), it now serves well as an indicator of impending doom to any unsuspecting passengers about to undergo "initiation proceedings".

pick me, pick me!

VT_sleeper said:
pick me, pick me!
Click to expand...

You got picked.. That Tesla Model S P100D is an epic piece of kit..

I have purchased myself a new set of boots!

I had always thought that this car was more difficult to get off the line without excessive wheelspin than it should have been. Whilst this has lead to some hilarious 'on the edge' encounters with other spirited drivers, it does get a bit old after a while... Reading into the issue online brings you into a world of whinging, mostly from 'merkin owners/pretenders that are obviously less than capable behind the wheel. In short, looking for a reliable solution on the internet???

Talking to people within the BMWCCV pointed me in the direction of Bob Jane T-Mart Brighton. I was a bit skeptical, but due for a wheel alignment and balance anyway, so decided to try it out. On arrival, it turns out the owner of said establishment, is a fellow E60 M5 owner. Immediately we enter into a fairly lengthy and passionate discussion about the car. During said discussion, he asks if I am having traction issues getting off the line.

"Definitely!" is my response.

"That would be because the Pirelli P-Zero Rosso is definitely the wrong tyre for your car. It's spec'd for mid/rear engine Ferrari's and as a result is way too hard a tyre for the M5." he replied staring at my rear wheels with raised eyebrows.

The car was OEM supplied with either Continental ContiSportContact 2 or Michelin Pilot Sport PS2 depending on who you believe. The BJTM database states Continental, real.oem the Michelin. Neither of these tyres are available anymore, and their current replacements from the respective manufacturers aren't readily available in the required staggered sizes. When I first bought the car I called a number of "wheel & tyre joints" asking about the difference between the P-Zero Rosso, which was what was on the car when I purchased it, and other high performance tyre options. The general consensus was, it's not worth changing, any difference would be minimal, the Rosso should do fine. This it turns out, is not the case at all.

After some discussion about various rubber compounds and investigation into the current options, I settled on the Pirelli P-Zero, of which there are a number of customised compound options. In the end, the compound used for the new 2017 AMG C63s was deemed most suitable, we both laughed heartily when the database spat out an alternative matching possibility, 2017 Ford Mustang. Yeah, Nah! What a slug.

I had to wait for them to be ordered in, but the results are plain and simple. My traction issues have all but been eliminated.

Because this is the first time that "this" has happened I thought I'd photograph it to mark the historic occasion.

I vaporised and then replaced the clutch release bearing.... I also replaced the clutch, pressure plate (new bolts), fork, CRB guide sleeve, and pivot pin prophylactically as the SMG III was out. I had the new CRB guide sleeve cryo treated and chemically super finished. The pivot pin was replaced with a solid silicon bronze unit. Lithium grease on the back of the fork next where it mates with the pivot pin and "slave" actuator rod, and a small dab on the front of the fork where it mates with the CRB. NO GREASE ANYWHERE ELSE!

It was quite a lot of fun putting the car into SMG Adaptation mode using my new Schwaben Pro Scan Tool. The computer made lots of hydraulic things magically discover the new clutch slip and bite points. Then it was off for a test drive.

Clutch release bearing... Well, some of it.

The rest was mangled and pushed through and into the clutch proper. I particularly like the ball bearing and other debris wedged in the fingers of the pressure plate.

And whilst I was busy replacing all that, I took advantage of the down time to get my last two oil change samples analysed. I have always maintained that the reported big end bearing issues with the S85B50 were due to user error/ignorant ownership. I don't hold back when behind the wheel of this car, it gets well used, and yet....

The rules are simple.

The Engine is race spec, treat it as such...

Recently a first time passenger in this car commented on the sound quality of the stock audio system. It did get me thinking that it is truly exceptional, but tends to be overlooked for the more visceral experiences on offer, such as the exhaust note, handling or acceleration. The audio is head and shoulders above the upgraded system in my E34 on which I spent a fair chunk of change. The E34 recently returned to road going duty with a club permit affording me the opportunity to drive the two cars back to back for the first time. It really became evident just how superior the factory unit in the M5 is.

God knows what the list price on the option was for the premium system. Regardless, it is obviously worth it. Well done to both Harman Kardon and BMW.

Built in Equalizer (most important):

Being a 2005 model car, it lacked USB connectivity. A show stopper these days! One of the first things I did after acquiring the car was to fit a Dension Gateway 500s, in effect providing USB to MOST Fibre Optical Bus connectivity and allowing me to cruise around with a 500GB SSD of my favorite music in .wav format. No lossy compression allowed!

Friday night. Five minutes in to what was sure to be yet another three hour crime spre.. ahem.. 'cruise', I suddenly heard a soft pop of complaint from the quad exhaust, my dash lit up like a Christmas tree, and my throttle response all but disappeared to the chime of the car's diagnostic warning tone. Bing..... Bing..... The red line on the tacho came crashing down from 8250 to 4450rpm like a fụcking anvil!

My focus was immediately drawn from the road ahead to the great big blinking yellow engine icon front and center of the dash binnacle.

"Oh great!", I exclaimed to no one in particular as I lifted my foot off, what was at the time, about twenty percent of full throttle..

During all this I was entering one of the many round-abouts near my abode. This afforded me the opportunity to turn around and head back toward the garage. As I dialed in more lock than originally planned, I was once again subjected to what was quickly becoming the most annoying sound in the world. Bing... Bing...

This time it was the I-Drive system informing me of more impending doom.

Good to know that I had no Dynamic Stability Control now too. Especially worth considering as the car had already entered a heavily restricted limp mode and the power on tap had become, for want of a better term, embarrassingly low. Honestly, where I had suddenly found myself, it was highly doubtful that DSC was going to be called upon to do anything but whinge.

Whilst I limped back towards home, the exhaust note sounding somewhat odd, I quickly navigated to the control messages information screen on the I-Drive and found the following issues listed.

Some additional information, but not really anything more specific.

I got home, parked up, and broke out the trusty Schwaben Scan Tool.

A few minutes later I was feeling somewhat more relaxed as the scan tool had quickly pointed me in the direction of the nature of the fault at hand.

The car was throwing a fit because one of the throttle actuators (there are two of them) that drive the ten independent throttle butterfly valves of the S85 was misbehaving itself.

This is a fairly common fault on M3, M5 and M6 vehicles of the era that sport these drive by wire systems.

I also looked into the DSC and Start Assist systems, they had gone offline due to a lack of input from the DME (ECU). This car has some forty-seven separate control sub modules (computers) that are heavily interdependent due to the level of automation inherent in the vehicle. Presumably the missing input was that of throttle position, specifically those throttles on bank two, which on RHD cars, is on the passenger side of the engine.

Further investigation into the issue using live data diagnostics and activation tests revealed that the actuator on bank two had suffered catastrophic electronic failure, no drive/control current was being fed to the little motor that opens a bank of five throttles. No sound could be heard from the engine bay when running the passenger side bank through its paces. In stark contrast the whir of the electric actuator could be clearly heard when probing the bank on the driver's side.

The two images below paint a fairly desperate picture:

No pressure on the throttle pedal provides exactly what you would expect. Zero percent throttle actuator position on both banks.

With the pedal fully depressed (engine off), you get a clear idea of why they car wanted back home, and was making such a fuss about it happening as quickly as possible. Zero percent on the left, and close to one-hundred percent on the right bank. In hindsight, I am quite suprised that the engine was running at all, let alone relatively smoothly.

So... $911.20 later, I have ordered a replacement pair of throttle actuator units, and am expecting them to arrive from the United Kingdom in the next couple of weeks. In the meantime I will be tackling the removal of the current ones. I will post updates as they become available. It should be somewhere around three hours of work for the change-out.

That is all I have for now. The engine bay awaits my attention.