gtrboyy said:
Other thing ESSENTIAL is seal up any & all holes so no heat or wind gets in or you'll pull interior apart again just to fix it.
Click to expand...

true this, a few cars me and the boys have stripped we've seen some shocking drop boxes.

one car we thought the shifter was installed incorrectly because how tight/hard it felt. once we pulled it apart we realised it didnt even have a front plate, so literally all dirt, dust, mud and **** were going in and just sticking to the B&M shifter.

i cant remember exactly with mine (was yeaaaars ago now) but im pretty sure we cut a slot in the front of the plate for the cable to run then used a bung and deadner to cover it best we could
all those get judged by me, the king of kings..
​

Yea got to figure out how to get cable through the dro down box as it has a tab that bolts to front of shifter. Would require large hole to get the lot through.
MUNCH MUNCH LS1 4 LUNCH

So did a little bit more as have been busy with work, i took some others advice and sound deadened the box with spray on sound deadener. Also fitted couple of grommits in it for cable and dakota wires. Also got a mate to weld bolts to box so can just place the shifter on it and throw some nuts on rather than jugling nuts and bolts from inside/outside trans tunnel. You can see i am bored most of this probably not necessary haha

I put the cable through a heat proof hose, on the of chance it hits something hot, also ran the wires for the dakota unit through it.

Fitted the drop down box on a bed of sika, looks semi professional .....maybe

So got it all in and just will not adjust correctly, dakota is all calibrated and working perfectly, made a custom bracket etc. So got the guru around to slide it through the gears whilst i played with adjuster…….more googling. Guru spun the gear selector leaver around backwards and got it working 99%. Then i noticed that with 4l60e bracket cable doesn’t run in line with box. Can see in pic if its hooked to selector cable will be on angle

But its the 4l60e bracket,then ebay b&m 4l60 e bracket and different bracket came up. It is a bracket for 4l60e that has the prdn switch on it. Guru explained that switch goes over the shifter on side of box they were in vts etc.

Has a vt box in it minus the switch…..wrong bracket fml can i have 3hours of my life back
MUNCH MUNCH LS1 4 LUNCH

OMG dude, this is like my dream! Always said to missus I wanted like an old warehouse converted into a house so the car could be inside, she always replies with a flat 'no'.
2006 VZ SS Thunder​

*if they're easy on the eye

So got the correct late model 4l60e bracket, was getting all the gears except wasn’t grabbing neutral from D properly. In pic you can see the dekota mounted on top of bracket, has an arm on side of the box with a linkage back to the dekota unit, took literally minutes to set up.

After hours of playing around looked closely at the shifter its self and noticed the reverse lock out was stopping it clicking into neutral properly. So two minutes with the grinder and its all fixed.
So started on the LED display for shift positions, cut the bottom out of the original shifter display shroud. Cut up some alloy and drilled holes in it to house the LED’s that will be my shift positions running off the dekota unit.

I then mounted it into the original position. The LEDS should sit just below the little shift position windows. May have to put little dividers in to stop the LEDS lighting up every window instead of the 1,2,3,D,N,R,P individually.

Now just have to adjust the black slider that goes around the original shifter so that it fits around the B&M shifter, also need to wire up LEDS
MUNCH MUNCH LS1 4 LUNCH

Yea you probably will need dividers, otherwise it will light up like 3+ at a time...
2006 VZ SS Thunder​

Finally finished reading through your thread , I like it, one very special ute you are making there.

tried watching videos on how the dakota works. i understand how it hooks under the box and you make a bracket between the shifter and dakota so they synchronize between the two, but im lost on how you plan on running the LED display.

i thought youd have it mounted like above the steering wheel so its insight - but you making the display next to the shifter?

i possible didnt read properly, and better off waiting to see the finished product
all those get judged by me, the king of kings..
​

So with the dakota you have the sender as seen here

It has a lever on it that can move 180 degrees, you hook a lever up to gear box selector shaft, run a small rod between the two, so that when in P the selector os extreme one way and when in 1st extreme the other. So its like a variable switch.
The gizmo brain part has a plug that wire from sender plugs into. Also has another loome that can plug in that can be used as N safety switch and reverse lights if you wanted to.

Now it has 1,2,3,d,n,r,p outlets on the side of it so you can either- plug in the dekota led display that lights up the digital symbols or
-or plug in indevidual led lights, so i have chosen this option so that the lights will light up my original dash facia windows, thus looking completely standard once together .
MUNCH MUNCH LS1 4 LUNCH

Also Jecs u can see the unit in back ground, see how lights all green, the red one is in D position as selector in D obviously. To set you simply hold set button and it lights up each led you then shift into appropriate gear and push button, 5 second job

im glad you are going down that route, i didnt even know that existed or i would have looked into the same thing when i did mine.

i thought you were going to delete the P-N-D-3-2-1 section and have this sitting next to your shifter or in driving view. 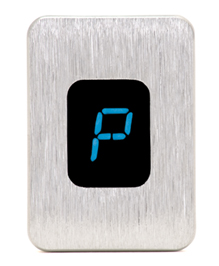 looks awesome the way youre doing it! well worth the time and effort
all those get judged by me, the king of kings..
​

I Thought the same as Jecs, can't wait to see it all finished now.

Cheers boys sorry bit slow with updates, my business is growing rapidly and cant keep up with the paper work side of things at the moment so literally only spend hour here and there at a time lol. Got the money now just not the time. Just want it back on the road for summer with fresh interior. Hate to think how long the cam change will take, but the boys will give me a hand and no doubt be pretty quick turn around
MUNCH MUNCH LS1 4 LUNCH

Unfortatly work comes first for all of us. The level of detail you go into on your ute is first class.
Keep up the good work.
If i swing over to melb in the near to medium future (depending on your ute being done) would love to have a look at this weapon close up.
You must log in or register to reply here.
Share:
Facebook Twitter Reddit Pinterest Tumblr WhatsApp Email Link
Top